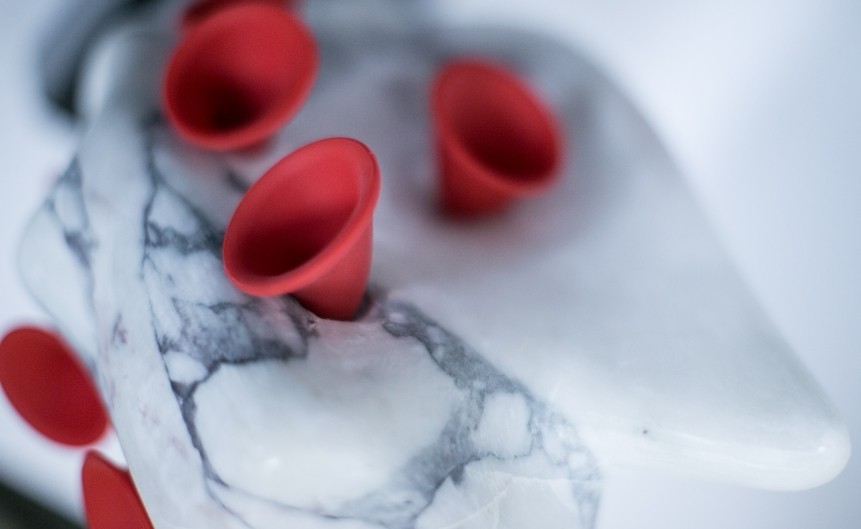 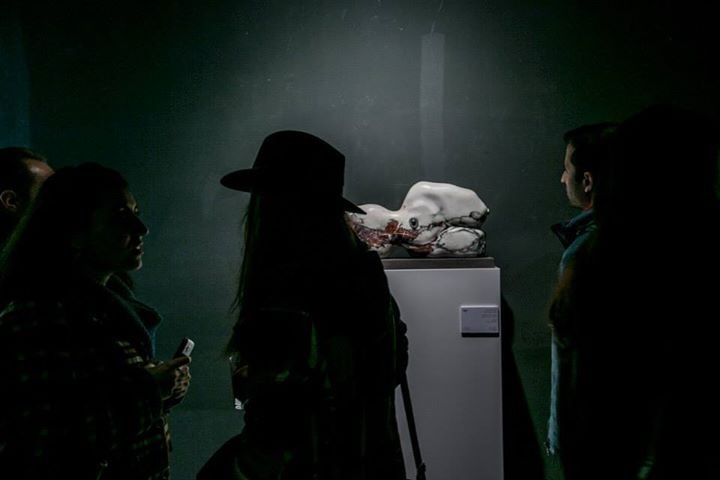 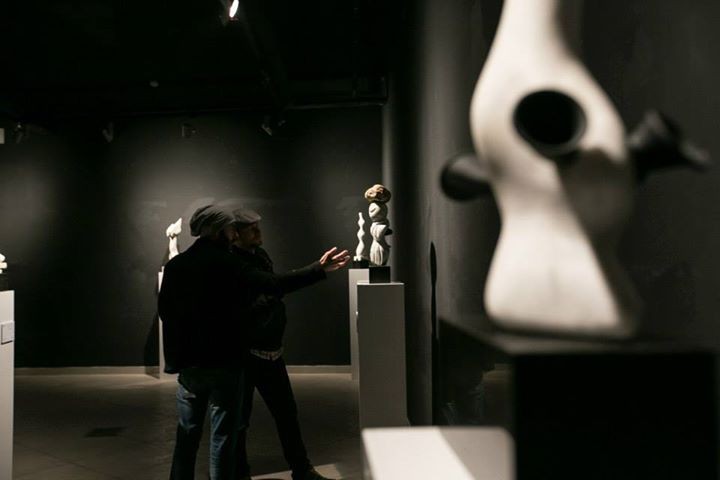 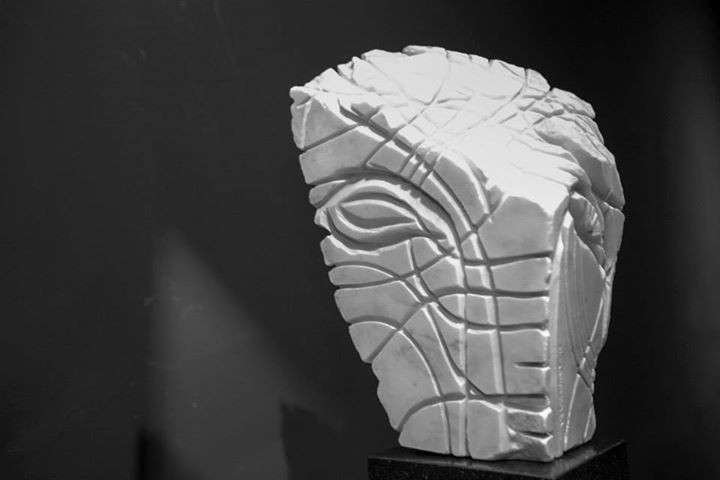 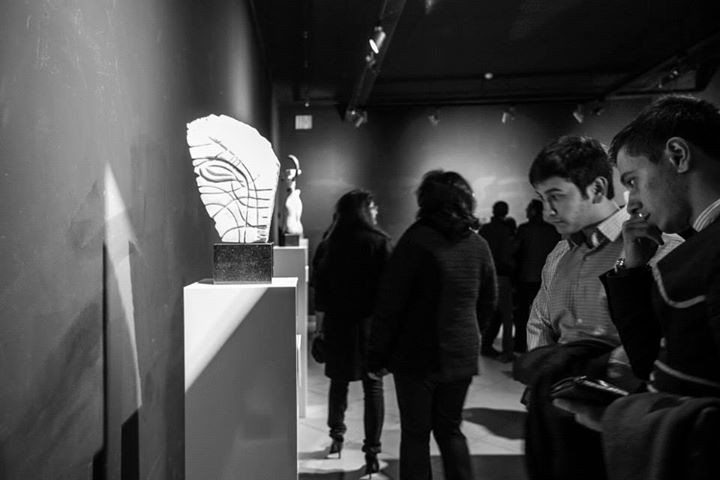 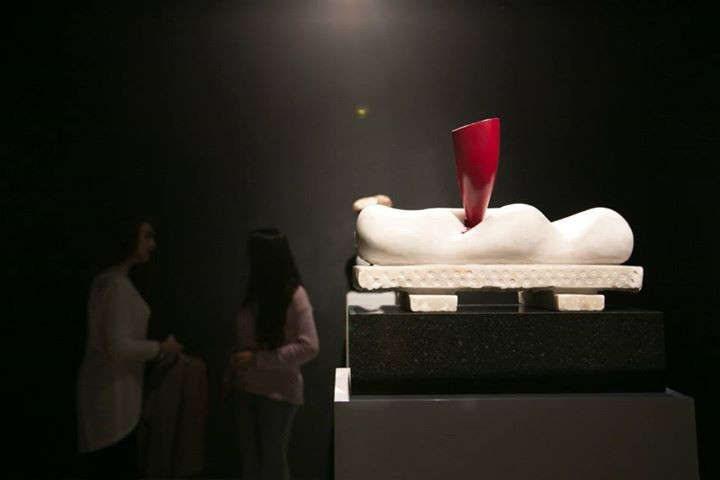 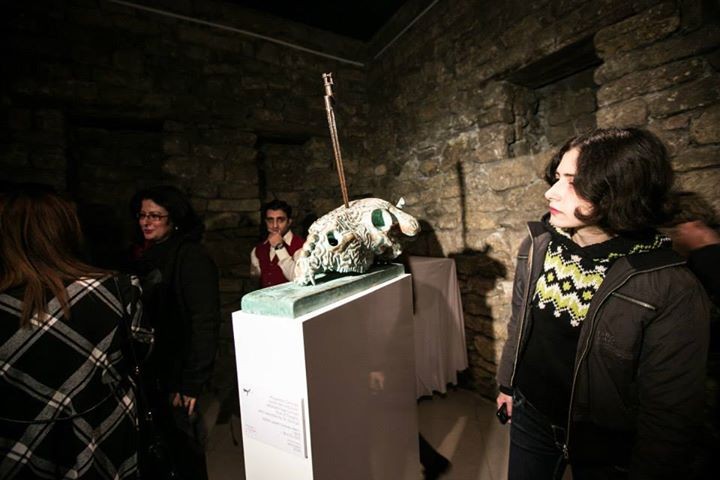 A solo exhibition by Makhmud Rustamov at the YAY gallery.

Rustamov is a sculptor whose works originate in a small atelier in a quiet courtyard in Baku, and end up in museums and private collections all over Europe. He is an acknowledged master, whose work was acquired in 2013 by a major collector during the London exhibition “At the Crossroads”, organised by the auction house Sothebys.

The sole participant in the “012 Baku Public Art Festival” project, inspired by the idea that the Maiden Tower is of extraterrestrial origin, which took the risk of setting up a golden sculptural figure of a visitor from another planet right in the centre of the city...

This is Makhmud Rustamov, artist, and the latest representative of a well-known artistic dynasty. For the “Echo” exhibition, the display area is divided into two different zones – a bronze zone and a marble zone.

The sculptor’s works are at the same time aggressive and beautiful, full of refined eroticism and self-mockery. Brittle marble, rounded, almost female forms, through which mysterious flowers made of black rubber erupt. Some might see these dangerous flowers as more like the sharp claws of a hawk, tormenting the tender white marble flesh. Thorns and roses are inseparable. Cool restraint can be combined with unbridled sensuality. The essence of nature goes hand in hand with the triumph of genetic engineering – the sculptor’s works are like that. Looking at them, we ask ourselves: “Who do we have here – creatures of flesh and blood or superb bio-robots?”

The same feeling of duality and bipolarity arises when we view the works made from bronze... At the centre of the exhibition is the skull of the dragon brought low by St George’s hand... From a gaping wound, a bayonet from the time of the Civil War protrudes, a weapon that languished for many a year at the back of the extinct fireplace in Grandad’s old house.

What is this – an ode to peace or a hymn to war? We have a touching bronze duck, whose awkward spherical body is stuffed with bronze apples – what is the symbolism of that? A sweetmeat from a celebratory feast unexpectedly transformed into a work of art. The skeleton of a bird peers out through chopped-up pulp – is it a curious artistic riddle, or is it a humorous dig at human avarice and insatiability. Suddenly it starts to seem as if the questions and the doubts that have come into your mind are beginning to give birth to an endless stream of new questions and doubts.

Very possibly this is exactly the wish of the sculptor, whose works, in the opinion of Doctor of Art History Leila Akhundzade, are “...a synthesis of the real and the unreal, the living and the refined-and-intellectual, of divine and demonic principles”. It is perfectly possible that the metamorphoses which the marble, the bronze and our consciousness undergo through the sculptor’s will do not happen by chance, because after all, as we know... “...In every block of marble there are heads worthy of Praxiteles. What was sculpted had always been inside the block” (Marcus Tullius Cicero).

Makhmud Rustamov was born in Baku in 1967. He is a graduate of the Faculty of Sculpture of the Azimzade Azerbaijan State Academy (1986), of the State University of the Arts (1992) and of the Creative Workshops at the Arts Academy headed by Omar El’darov (1998).

In 2000, Makhmud Rustamov became a holder of the “Sculptor of the Year” prize awarded by the Ministry of Culture and Tourism and the Ministry for Youth and Sport of the Azerbaijan Republic.

Makhmud Rustamov took part in the second International Biennale of Modern Art in Baku in 2007, 2009 and 2011, and in 2003 he was a participant in the “March” Youth Exhibition in Moscow. His creative biography includes several personal exhibitions and also joint exhibitions alongside his older brother Teimur Rustamov. He actively exhibits both in Azerbaijan and throughout the world.

His work together with the non-commercial organisation YARAT includes participation in the “012 Baku Public Art Festival” project, and in “The Commonist” (this latter was a collective attempt by 18 Azerbaijani artists to make sense of the phenomena of a globalising world). Makhmud Rustamov is the author of monumental sculptural works both in Azerbaijan and abroad.