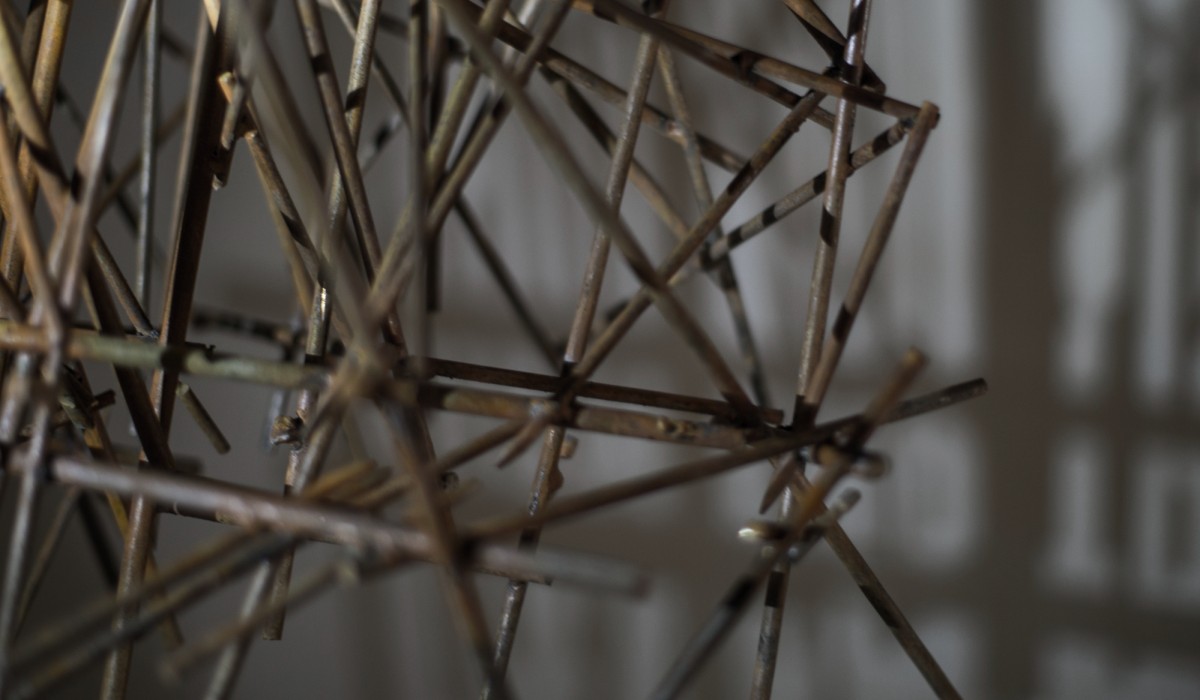 Solo Exhibition: 'Something From Nothing'

YAY Gallery is pleased to announce about solo exhibition `Something From Nothing` by Rashad Alakbarov (Azerbaijan) from 12 February to 30 April 2016.

YAY Gallery is delighted to announce a solo exhibition named `Something From Nothing` and featuring Rashad Alakbarov. According to philosophers, the conflict is the most necessary attribute of life for conceiving human, since early years and until the end of life, the dialectics reckons the contradiction as an imperative logical form of development. The conflicts of fathers and children, disagreements of married couples, office contradictions – adding oppositions of the countries, political leaders, information fights – the list can be continued infinitely.

Due to swing and whirlwind development of information technologies for creation more and more new contradictions less efforts needs to be applied. The word has been chosen as the main weapon on the range of Third World War. By means of infinite words which we are able to hear, see, write, read, new Moira, not bearing in themselves anything divine, words weave the fate of certain people, the companies and the countries, control wars from beginning to end right from fancy skyscraper offices or own apartments. By Promoting myriad standpoints of diverse parties, that distract attention on themselves, confuse, proliferate incredible quantity of the unchecked or one-sidedly submitted information, and thereby consigned people to disprove Erich Fromm's words, about the humanity who are not able to remain passive in the case of facing with contradiction. Humanity exhausted with surplus noises of information tries to set apart from it by isolating himself from this stream. But the volume of information, which we receive daily, hourly, every minute, got used into our life and became to be rampant. Rumors, posts on the social networks, messages of bloggers and opinion of leaders, images on TV, articles in newspapers and online news lines aren't perceived as reality any more. The conflict has begun already in consciousness of the person. We ceased to comprehend where is the truth and where is a lie; we see theories of conspiracy everywhere.  We don't understand to whom fortune will be favor but yet persistently we continue to trust that someone's benefit is there.

The artist Rashad Alakbarov in this artwork investigates game of light and shade, symbol and the text, words and values. The Exhibition ‘Something From Nothing’ is the artist’s response to the occurring events in the world. The response deprived of policy, vice versa, sending us to the thousand-year common truths, which are reviving their actuality. The artist attempts to interpret the evolutionary way, which consigned humanity to information chaos that occupied the world from the beginning of 21 century. The artist’s drawings on the walls of the gallery portray how all achievements of Homo sapiens from fire; wheel and engine had turned into the small steps, which led us to invention of the TV, radio and the Internet.

The words created from a play of light and shadows that appear on walls, reminiscent us the patience, humility, and true values. The core work of the show became Something From Nothing, which symbolizes the dissonant voice of the people, which is infinitely broadcast and strengthened by such megaphones as Facebook, Twitter, YouTube.

Rashad Alakbarov graduated from the Faculty of Decorative Arts at Azerbaijan State Academy of Fine Art in Baku in 2001. The use of shadows in his instllation art has become the primary direction in the artist’s conceptual work, but also dablles in painting, sculpture, theatre decorations, video art and architectural design. His work is held in private collections in Azerbaijan, Italy, Turkey and Russia.