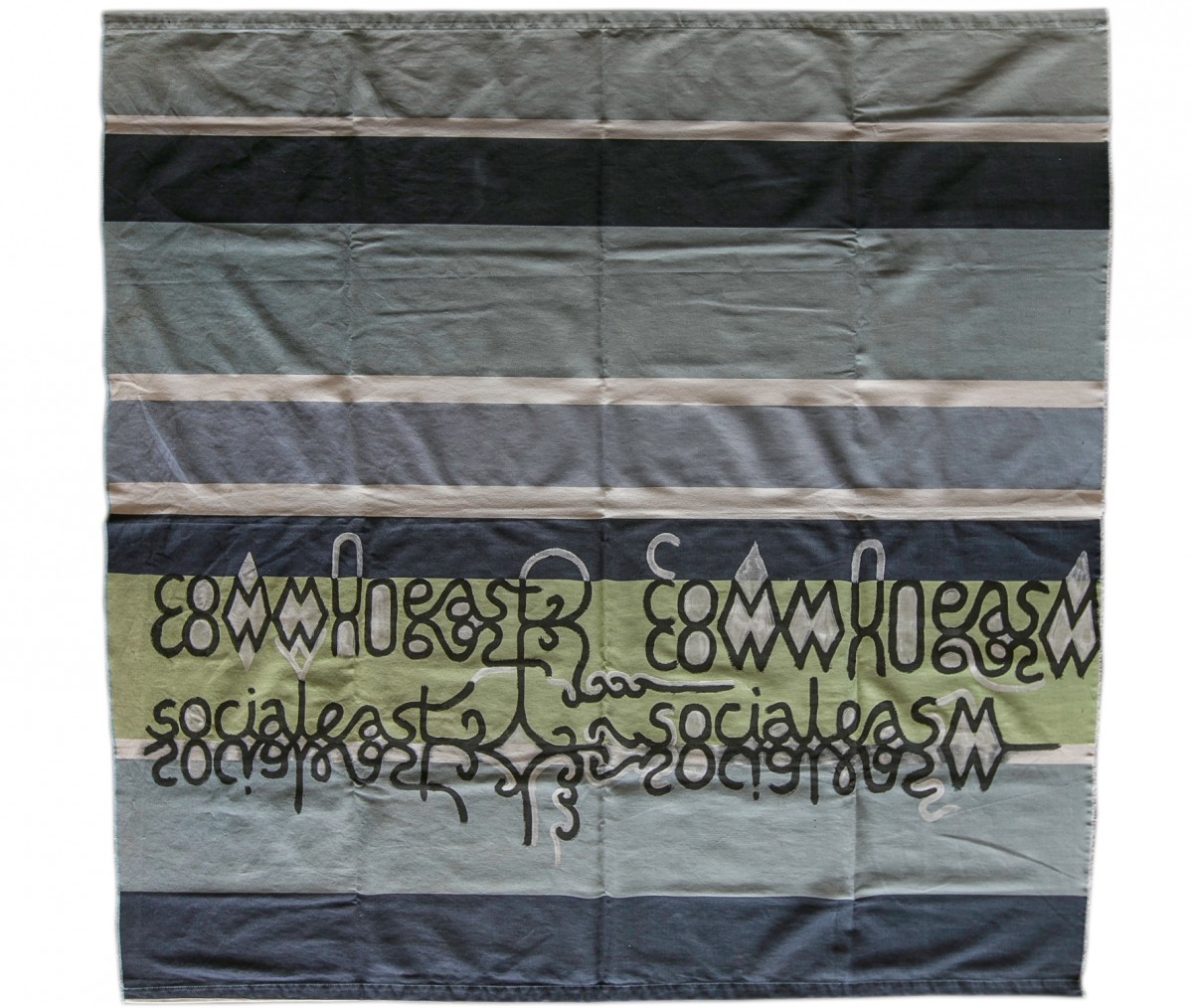 ‘Between the Sea and Mountains’ Group Exhibition

YAY Gallery is pleased to invite you to the opening of group show Between the Sea and Mountains.

In Between the Sea and Mountains is a conversation of works of two various generations of Azerbaijan artists, exploring national, cultural and personal identity.

The exhibition comes into the picture of geographical and historical context of Azerbaijan and describes Turkish speaking nation, which can be considered both European and Asian, having formed its cultural identity under Arabic, Persian and Russian influences.

Short film Astar co-authored by young artists Zamir Suleymanov and Emin Azizbayli is about life and routine of a young boy. The film where imagination and reality get entangled, investigates concept of the imaginary environment and how such setting can affect person’s identity.

Within his Bahram Gur and the Beast installation Nadir Eminov voices his attitude towards reconstruction and renovation works carried out within Baku in recent years. According to artist, tendency to cover up public areas with irrelevant decorative stone is nothing more than Kitsch culture.

7-screen video installation Personal Conversation in the Mountains by Zamir Suleymanov shows men in suits speaking on cell phones standing on different mountain peaks of Nakhchivan. This video interprets two different views – social and mythological. In the first view the artist creates the figure of very important person, while in the mythological approach he points out the sanctity of number 7. According to legend, ship of Prophet Noah anchored on the mountains of Nakhchivan, and rested upon the area called Gemigaya, known for its petroglyphs.

In his work named Here are Your 2 Shirvans! Put Them in Your Pocket! Farhad Farzaliyev uses Cyrillic alphabet to illustrate the lost words from our childhood on material which once used to be affordable to everyone during the Soviet Union period. Thus, the artist highlights official changing of Azerbaijani alphabet three times during last 80 years.

Untitled work by Aida Mahmudova brings the viewer into the melancholic landscape on the wings of nostalgic feelings. This work is embodiment of Azerbaijan’s current position on the world map.

Azerbaijani artist Babi Badalov who lives and works in Paris, created his works by playing with phrases and word combinations, highlighting in this manner the theme of origin, heritage and values which have played significant role in formation of ideology of the region.

Untitled monument from Architectural Dichotomy series by Farid Rasulov represents two large concrete blocks, between which stands a neat shebeke ornament. Representing shebeke as a core element symbolizing Azerbaijan, the artist shows geopolitical position of the country in the region.

Tahir Salahov’s Novkhani Sanctuary highlights the nation's religious identity. Existence of sanctuaries almost in every part of the country, which contradicts Islam religion, is a paradoxical situation. Nevertheless this fact does not diminish the belief of these people in sanctuaries.

Besides showing the scenery of the cognominal village which situated in the heights of the Greater Caucasus in the north of Azerbaijan Mammadhuseyn Huseynov's work Khinaliqalso attracts the attention to the existence of ethnic group with different language, traditions unique architecture and culture.

The exhibition is curated by Björn Geldhof and Farah Alakbarli.