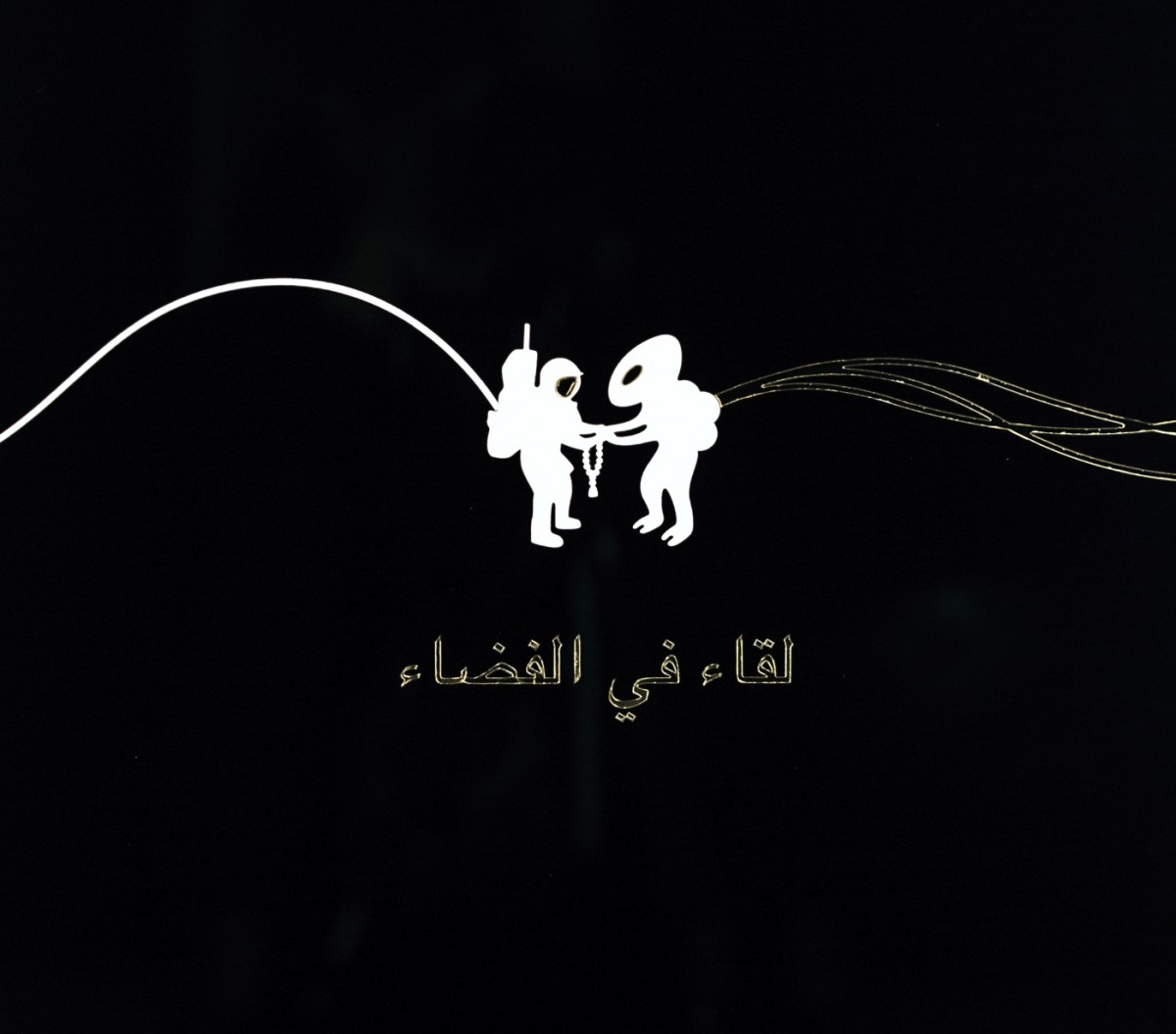 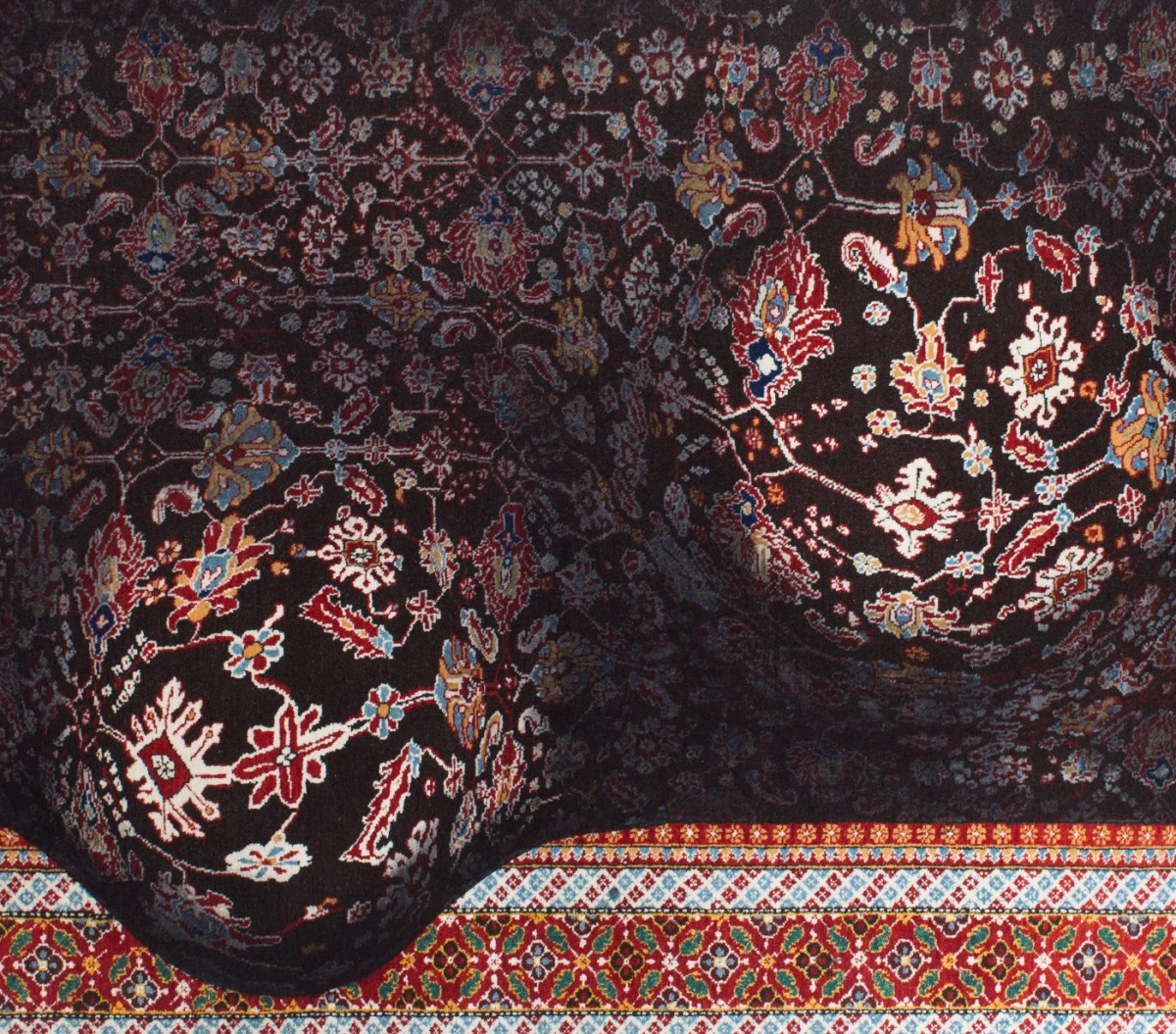 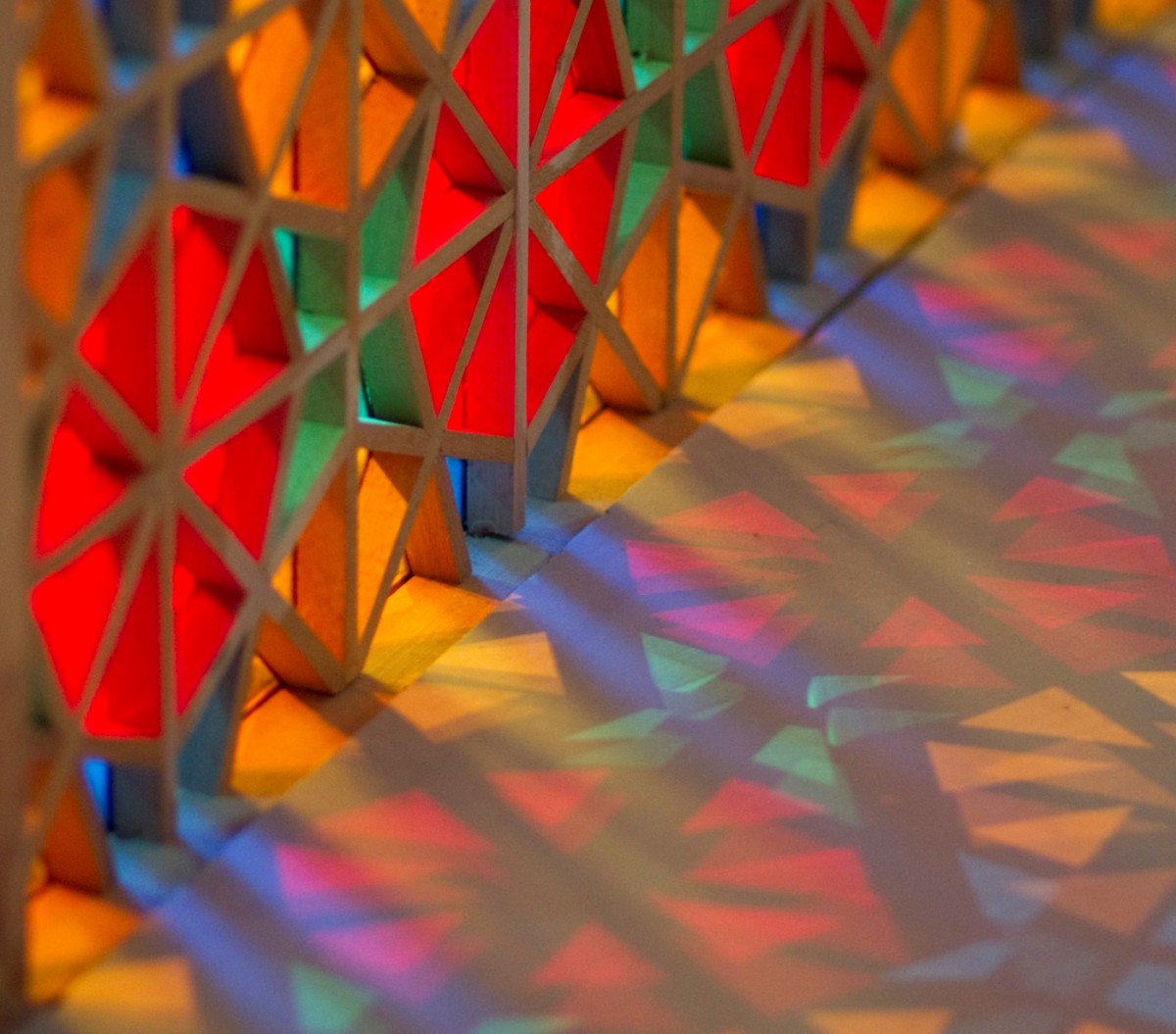 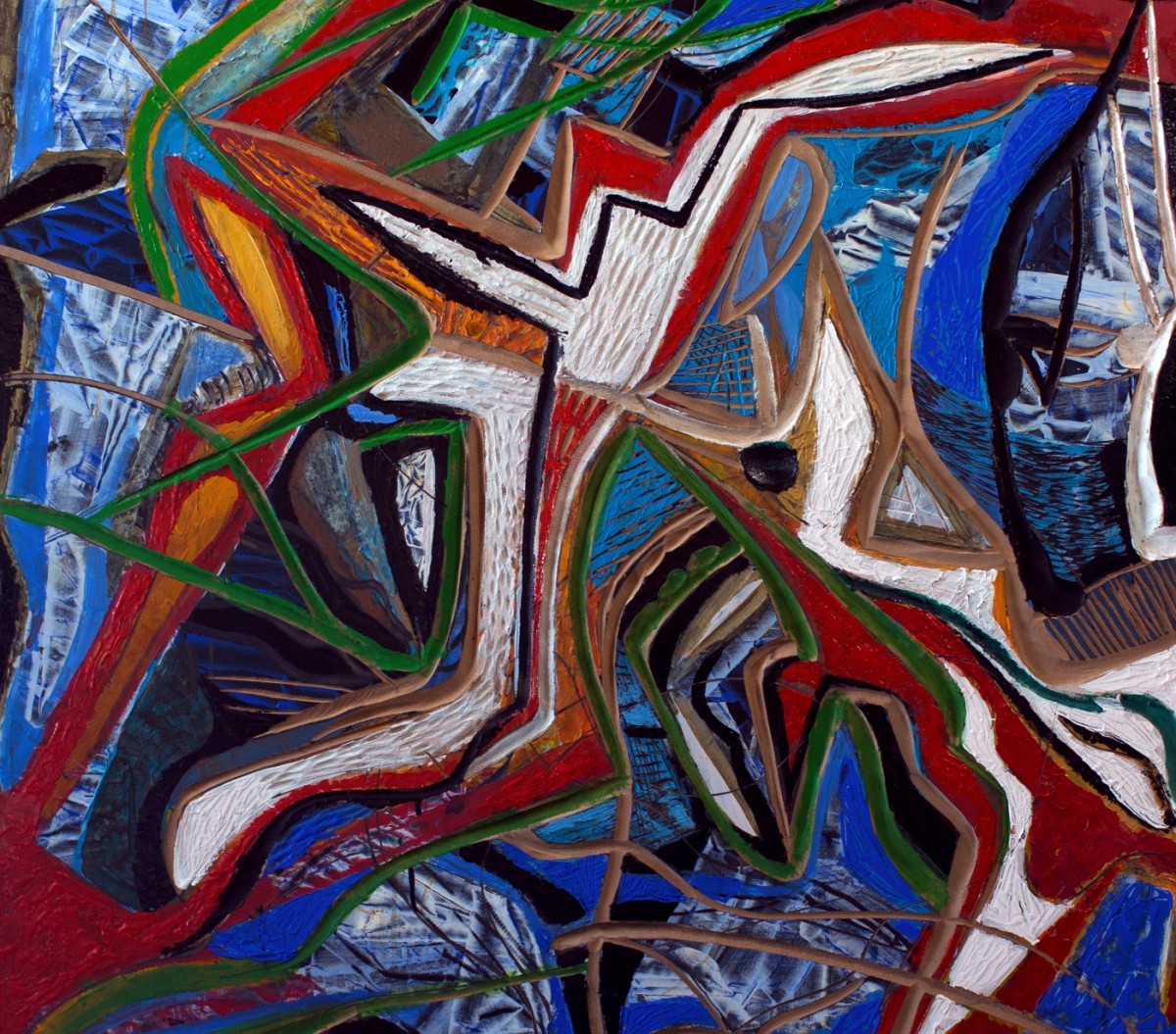 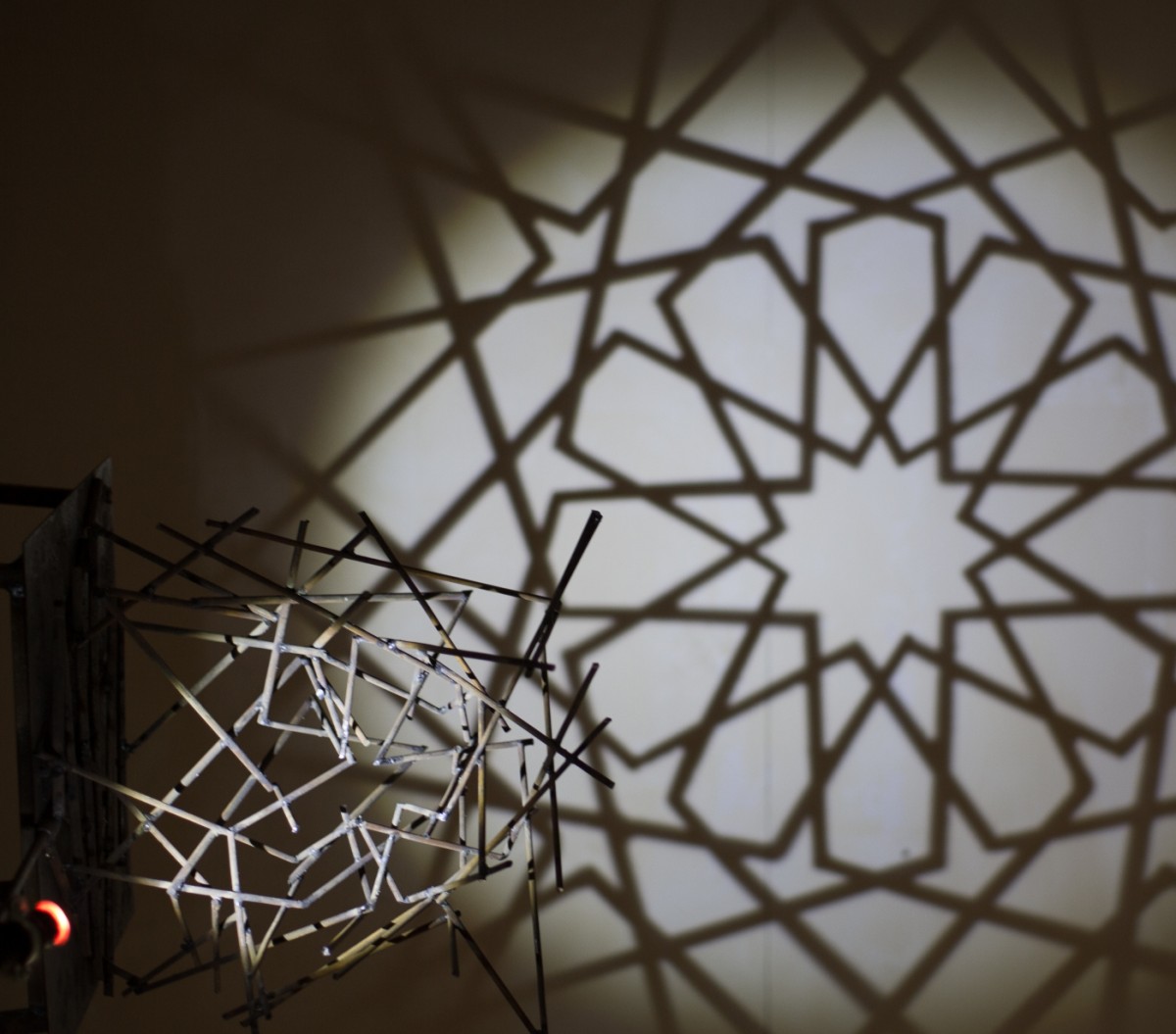 YAY Gallery is delighted to invite you to the opening of 1001 Nights group exhibition.

The exhibition of 1001 Nights brings together the works of outstanding Azerbaijani contemporary artists working with different medium such as painting, sculpture and installation. The main objective of the exhibition is to describe Islamic culture, its traditions and values and trace their transformations and adaptations to the modern era.

Orkhan Huseynov’s Muslim astronauts series, depicting cosmonauts and Arabic writings, based on historic study. Not only does the artist emphasize the existence of Muslim astronauts, but also shatters the pervasive image of an “astronaut” as a western construction. The series encourage paying closer attention to complicated motives and unique combinations arising during revaluation of humanly values.

By disrupting a part of the structure of traditional carpet the work Manifested consciousness by Faig Ahmed, purposefully highlights some of its classical elements. Thus, the artist presents a simple two dimensional carpet in three dimensional and bulkier form. The conceptual transformation and the idea of going beyond rules is the continuation of the artist’s practice of working with carpets.

The shadow installations of Rashad Alakbarov, Shebeke and And he said... are based on the idea of showcasing the traditional elements in various new forms. Through creation of new patterns with the use of lights and shadows the artist embraces his unique perspective of shebeke making. A verse taken from Quran, the highest value of Islamic world, is reflected in And he said... installation.

Farid Rasulov’s Shebeke installation is referring to an eastern equivalent of the western stained glass art and one of the pearls of Azerbaijan's architecture shebeke. The artist transforms, the traditionally small-scale shebeke, by accentuating the particles and offers a fresh interpretation in a larger scale.

Hussein Hagverdi’s Don’t break series of sculptures and paintings demonstrate similarity in artist’s approach to different art mediums. The series depict the dialogue of the texture with appearance of the material, the compliance of lines with color layering.

In The garden of disorder series of graphic works, Reza Hazare draws attention to the notion of emptiness and meaninglessness of everything except of human, by emphasizing its characters on a blank background. Small scale oil painted tableaus from the series under the same title, display the constant desire of their characters to escape from solitude.

Exhibition is curated by Farah Alekperli.