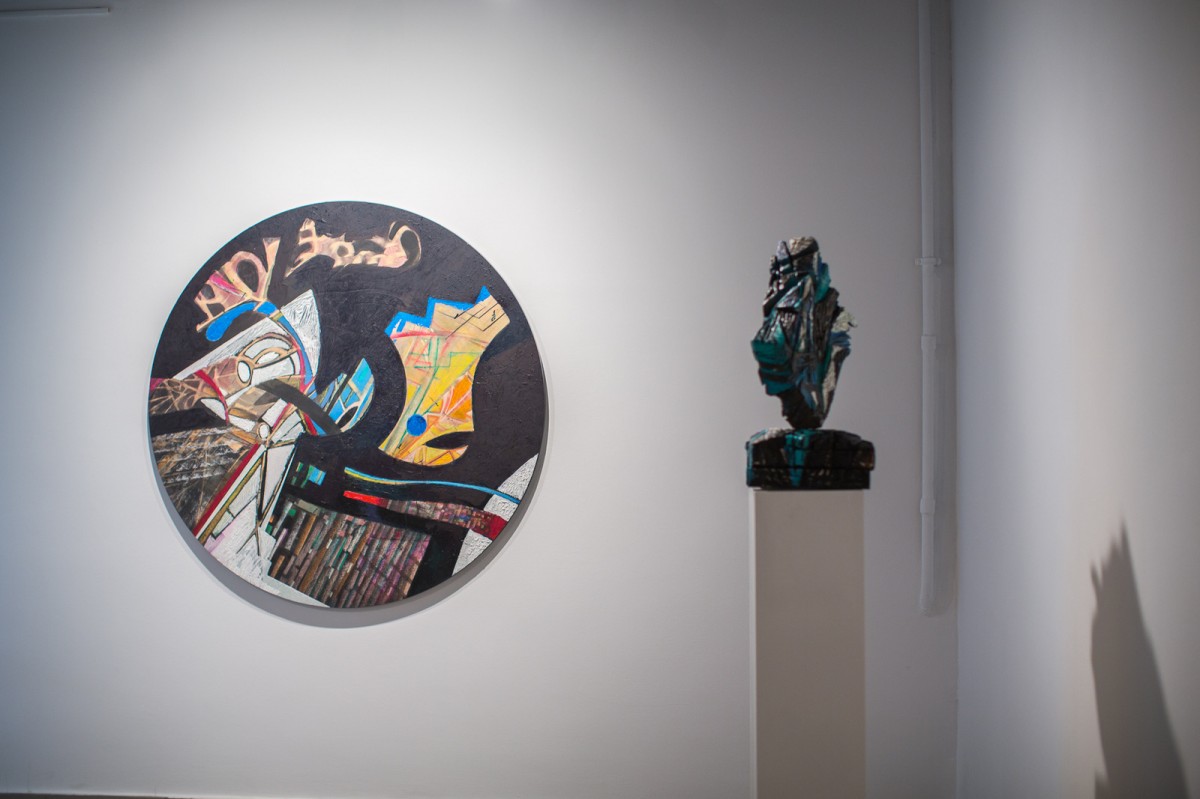 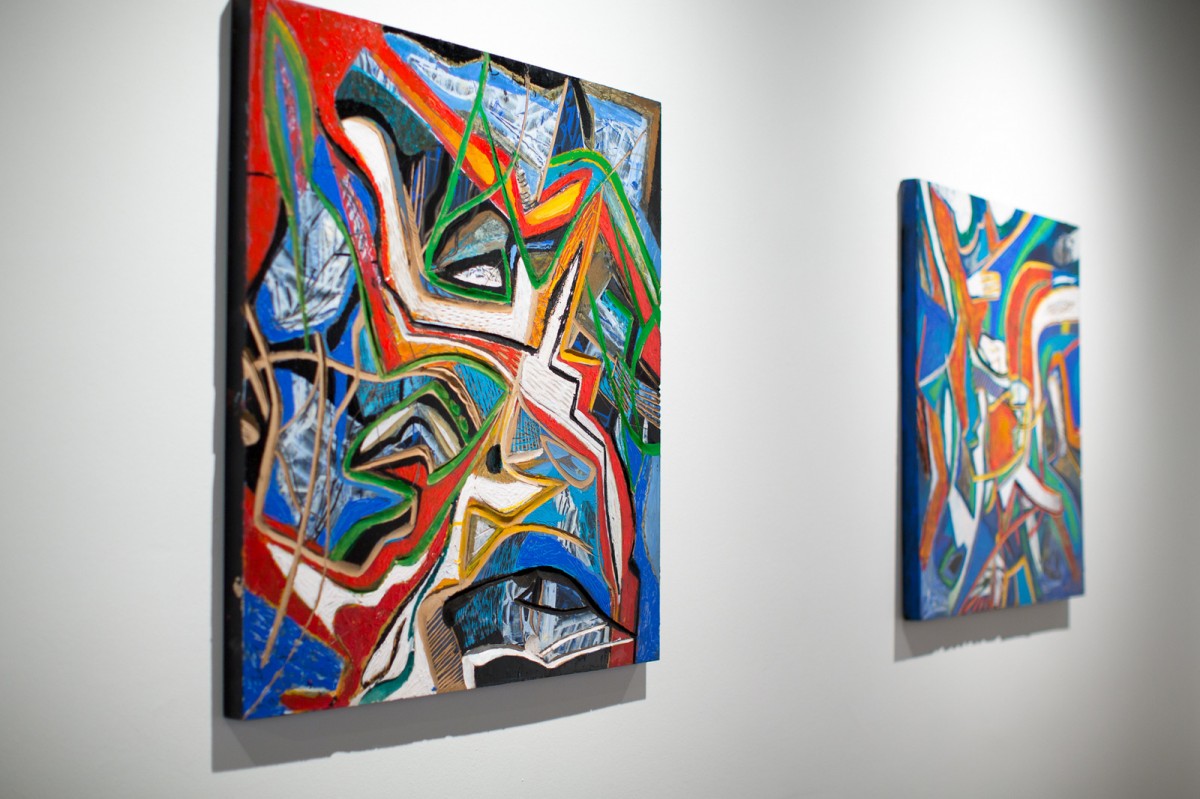 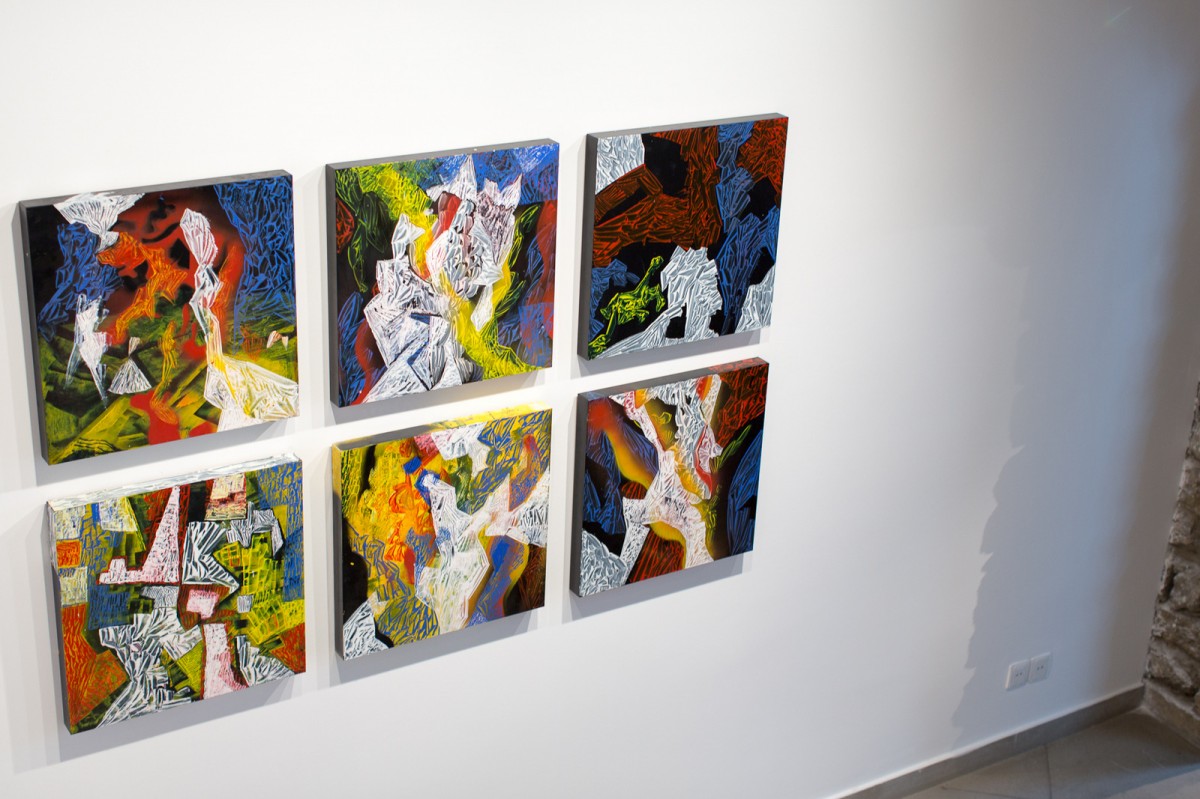 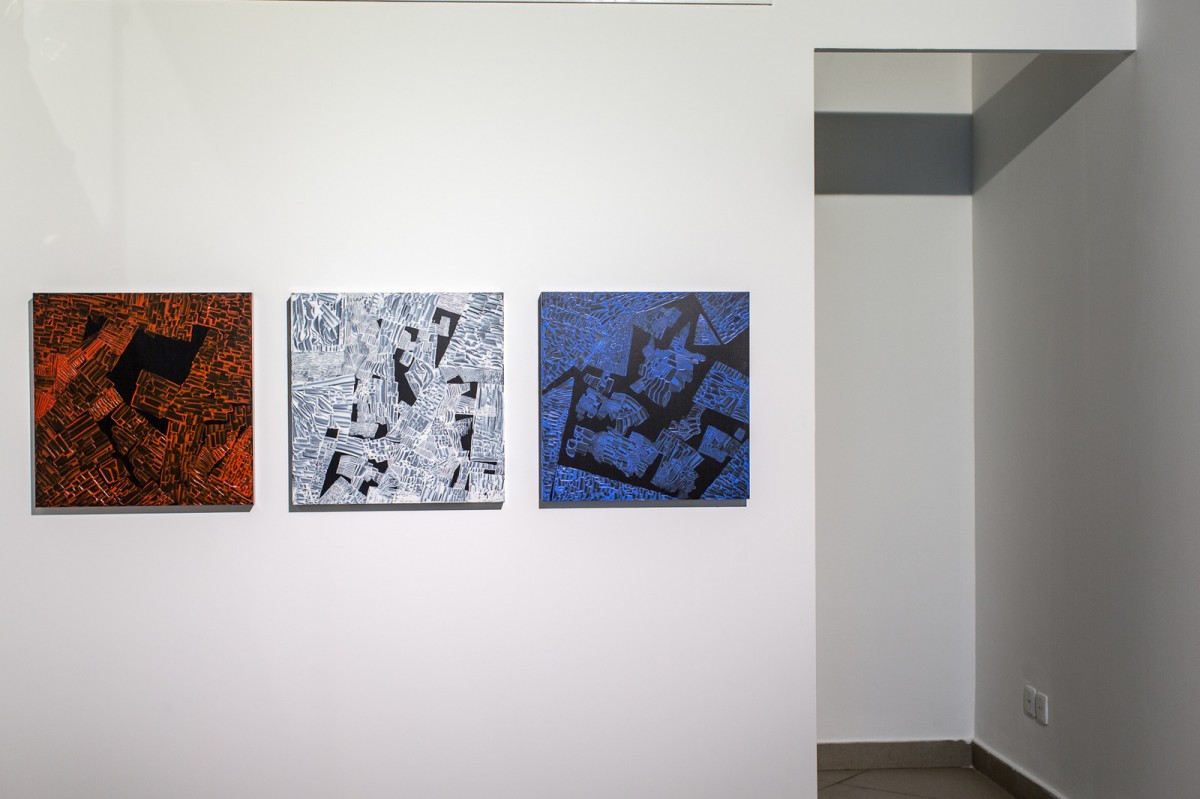 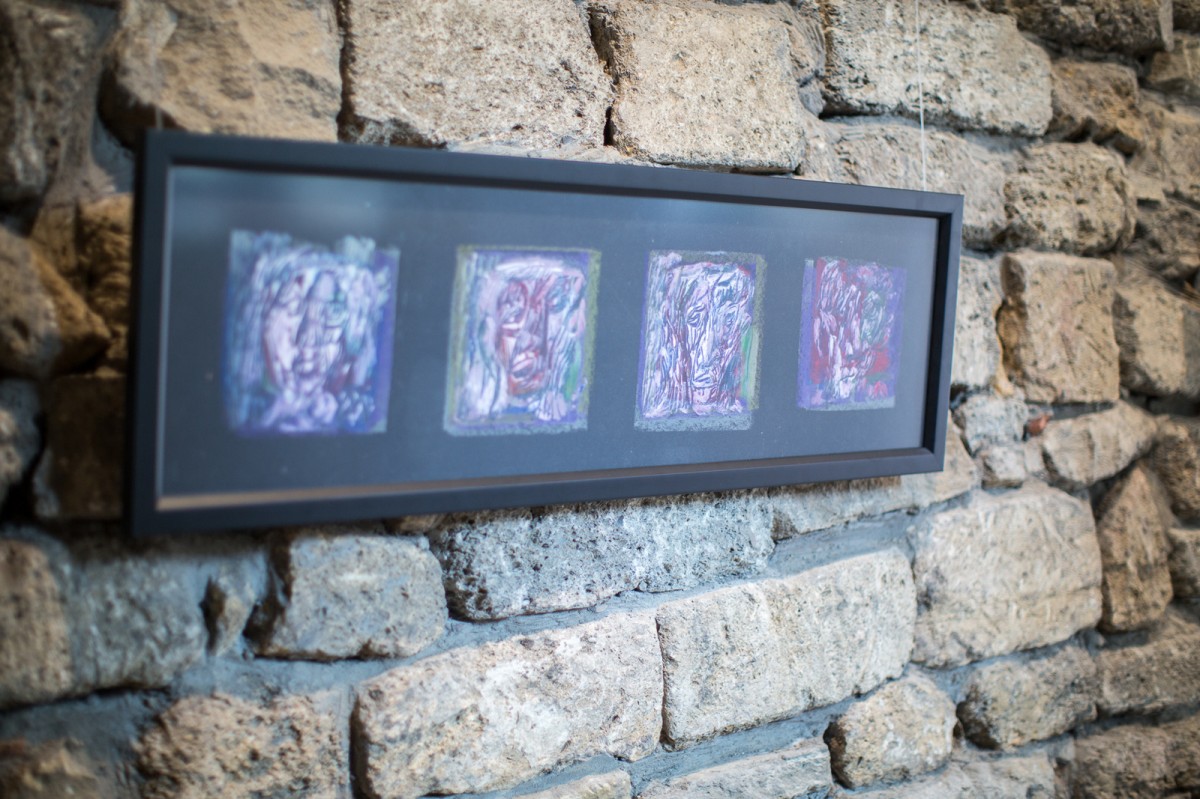 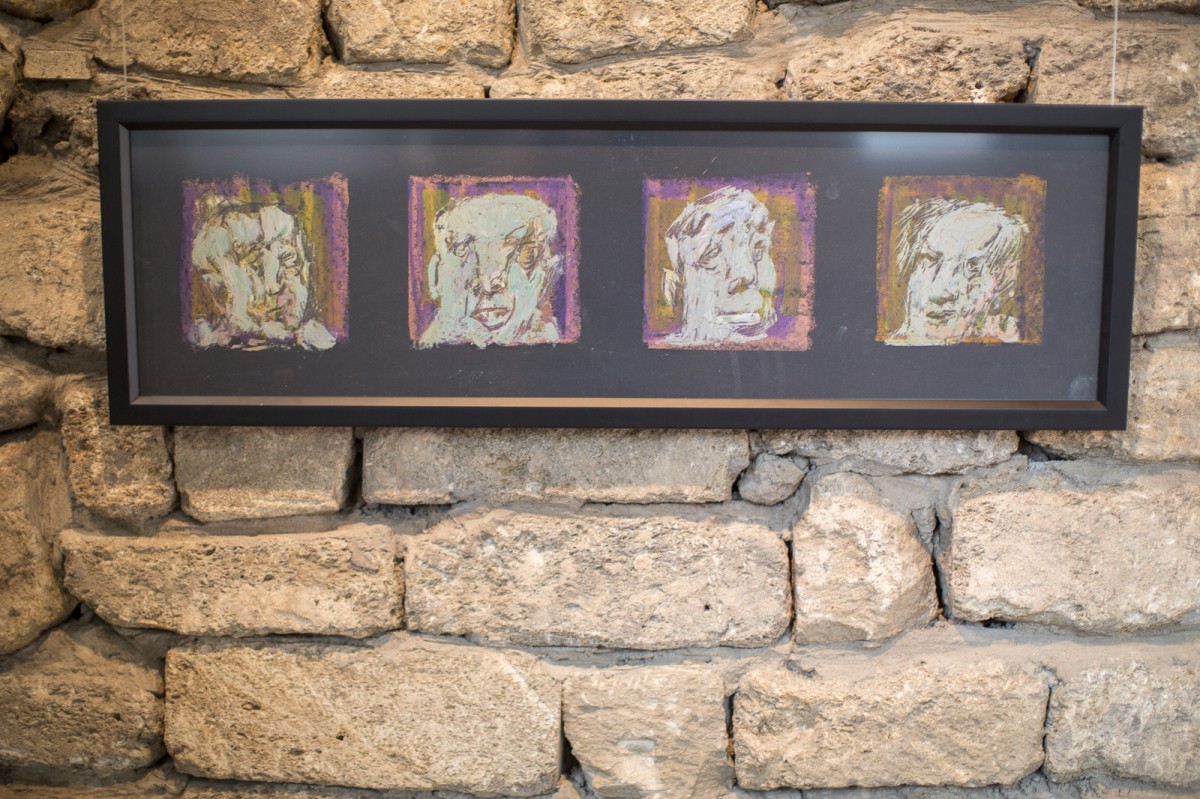 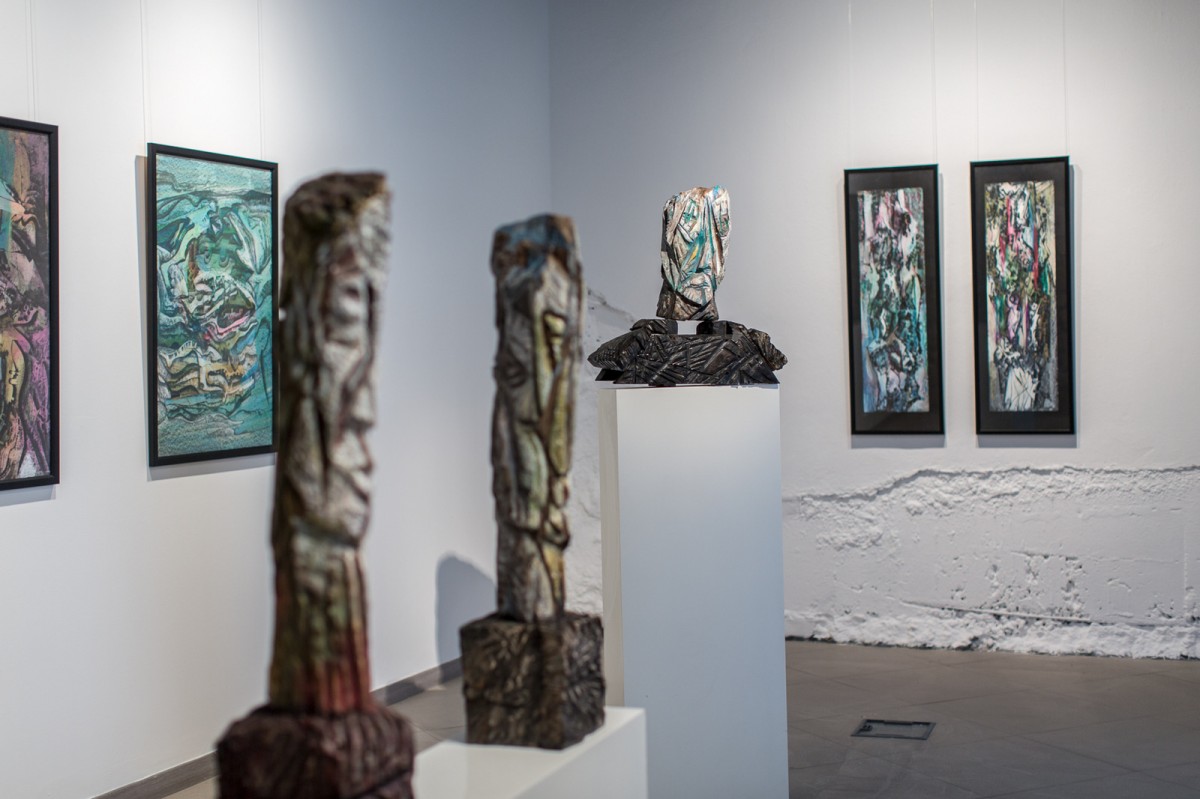 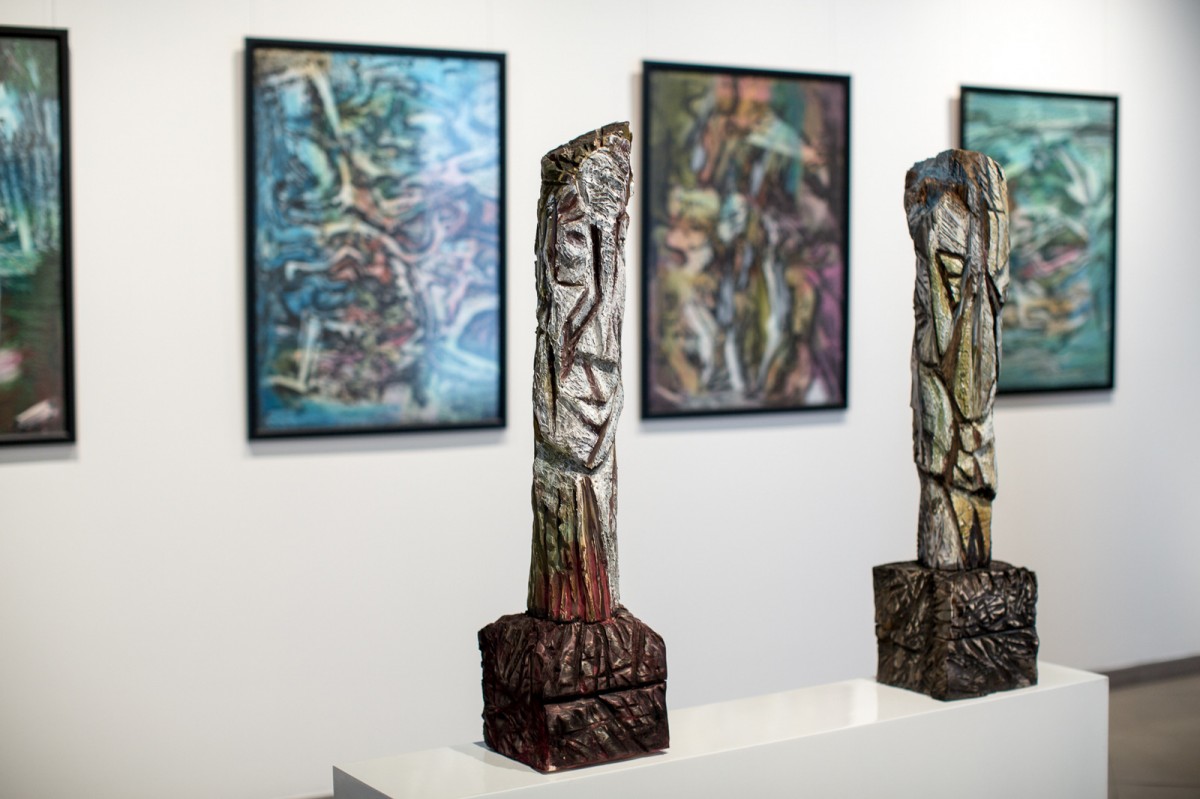 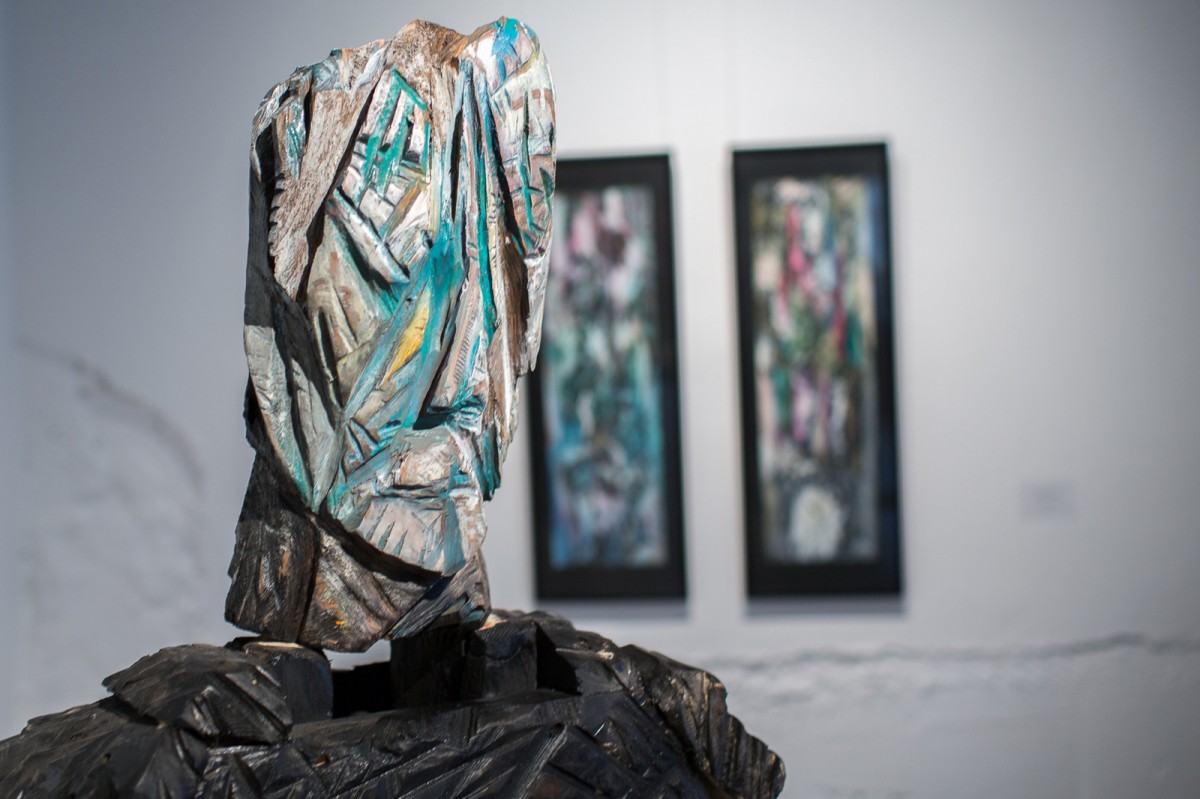 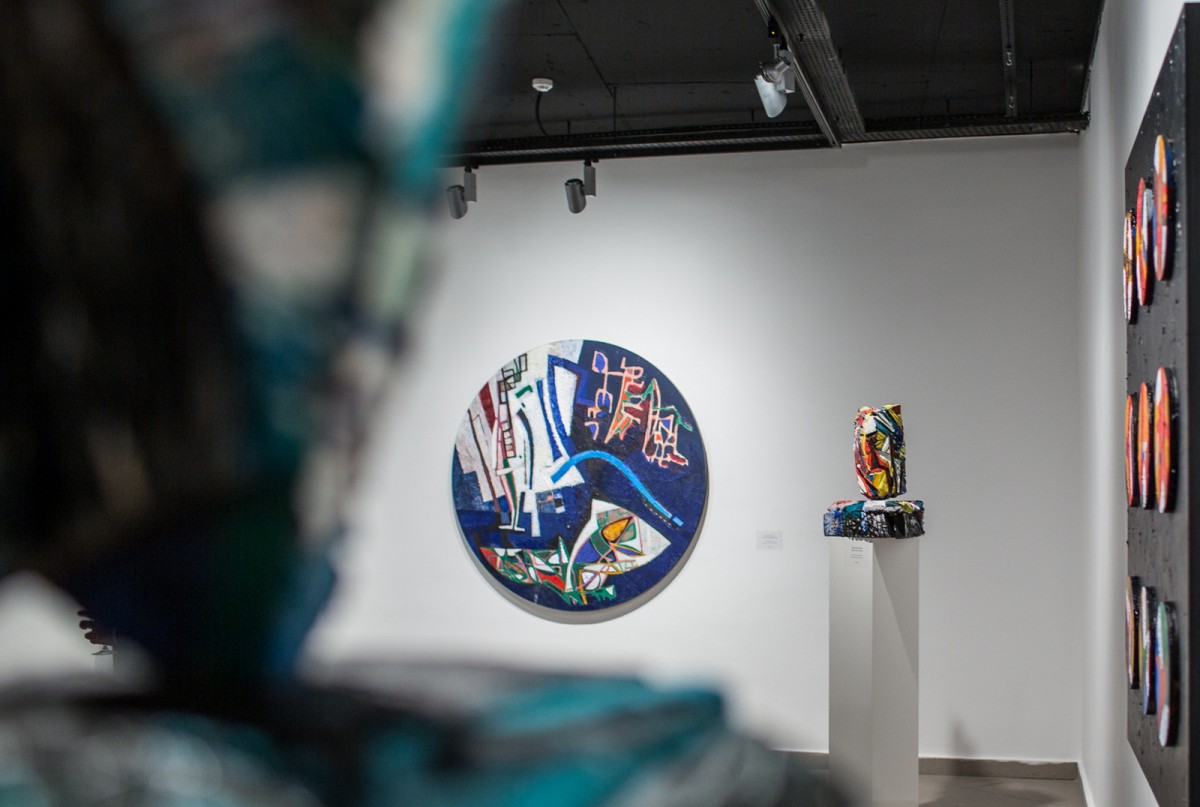 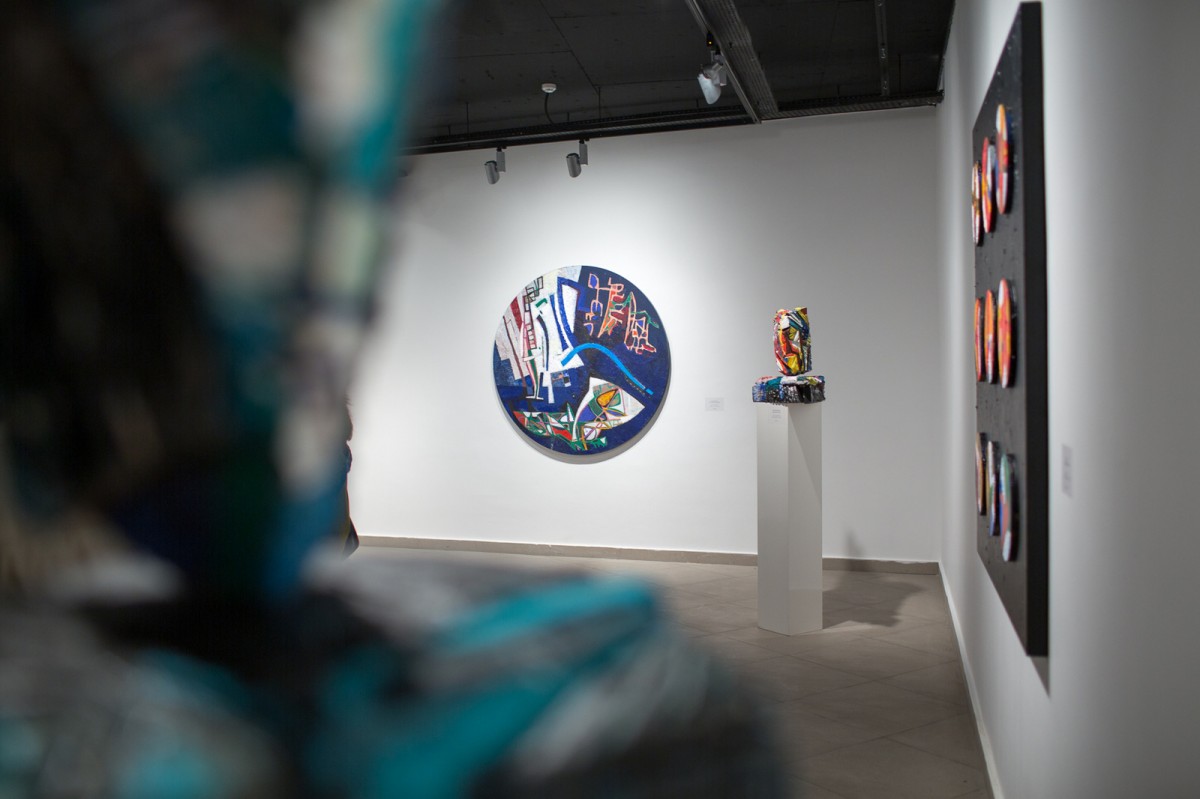 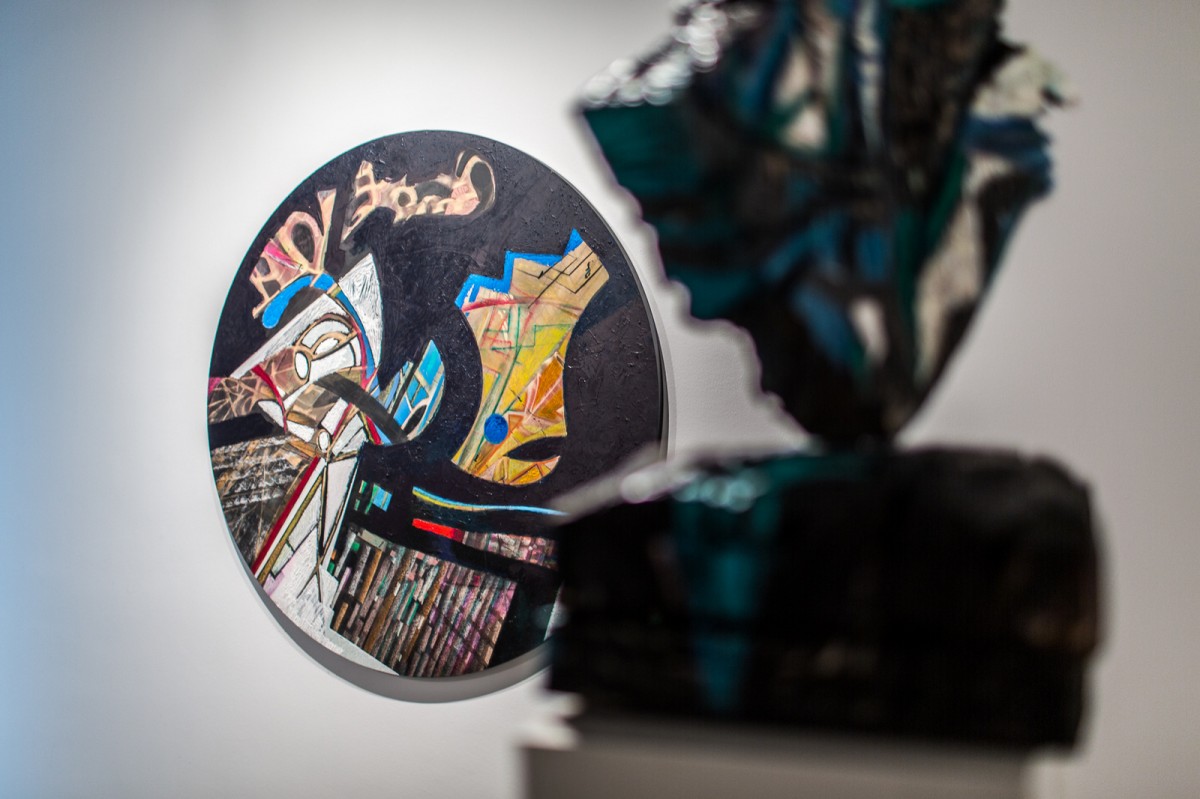 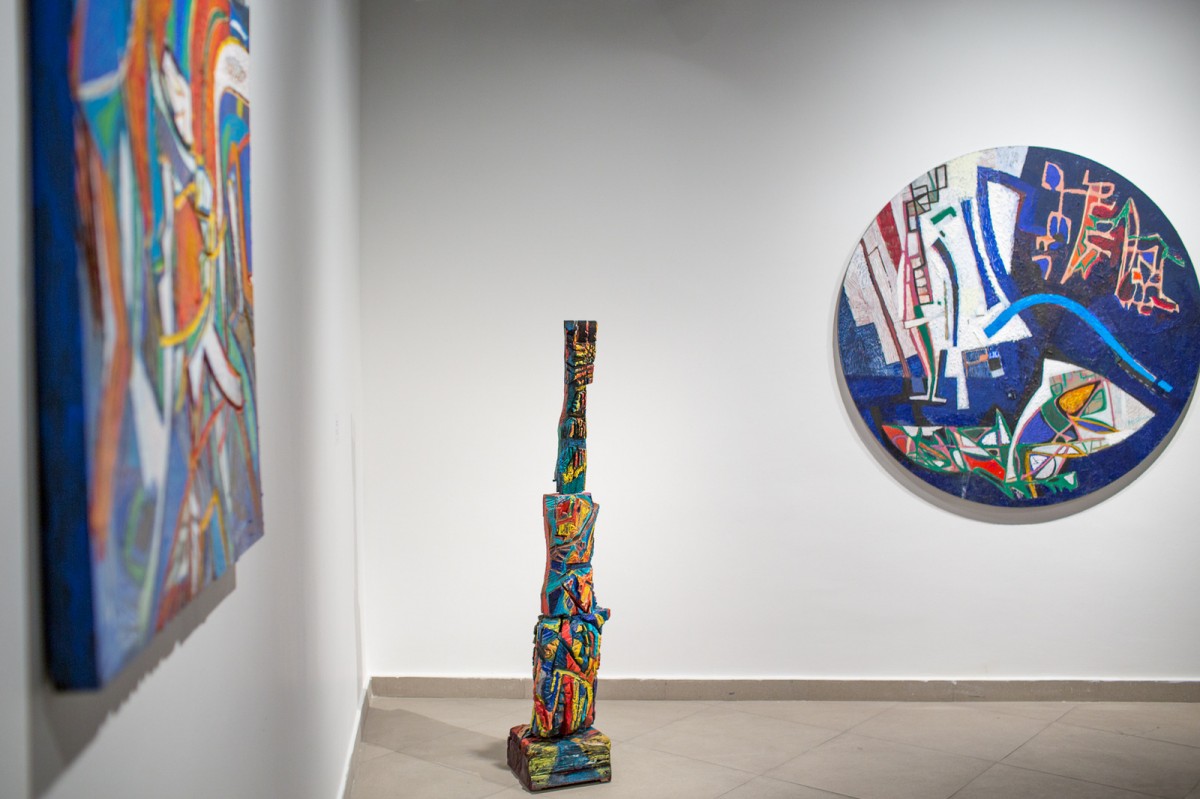 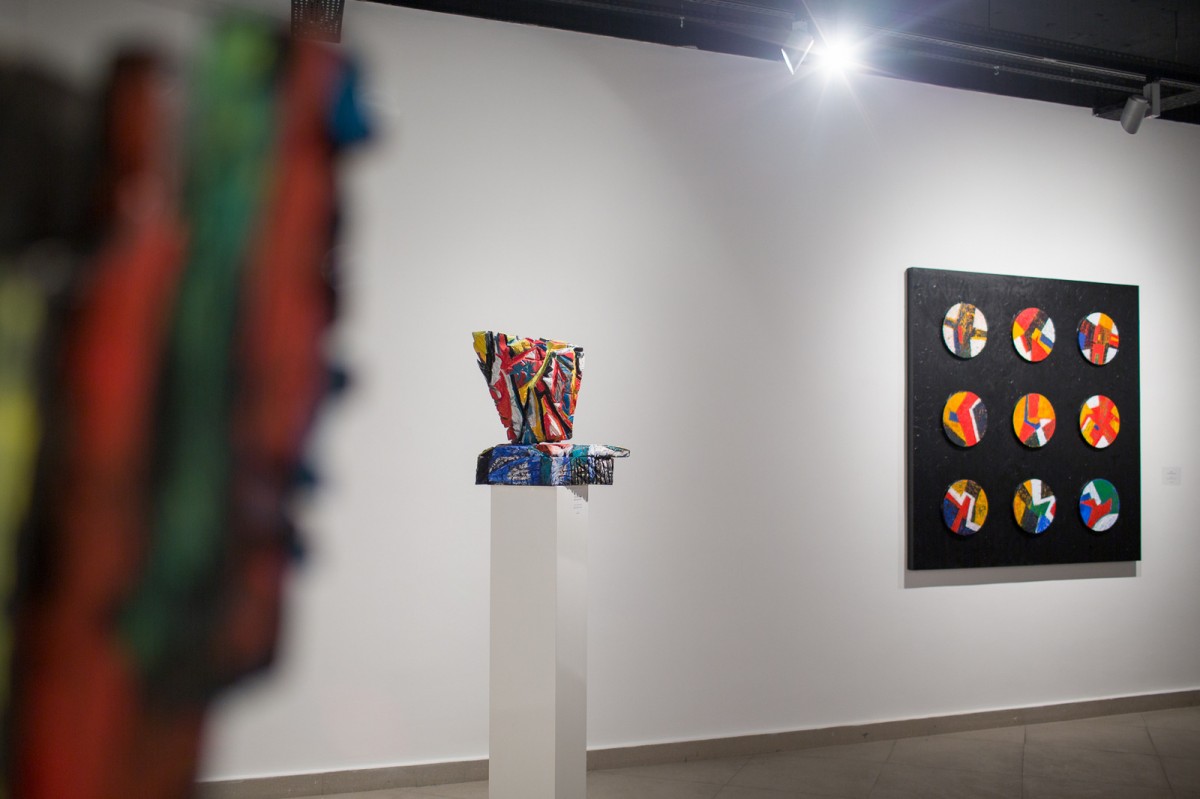 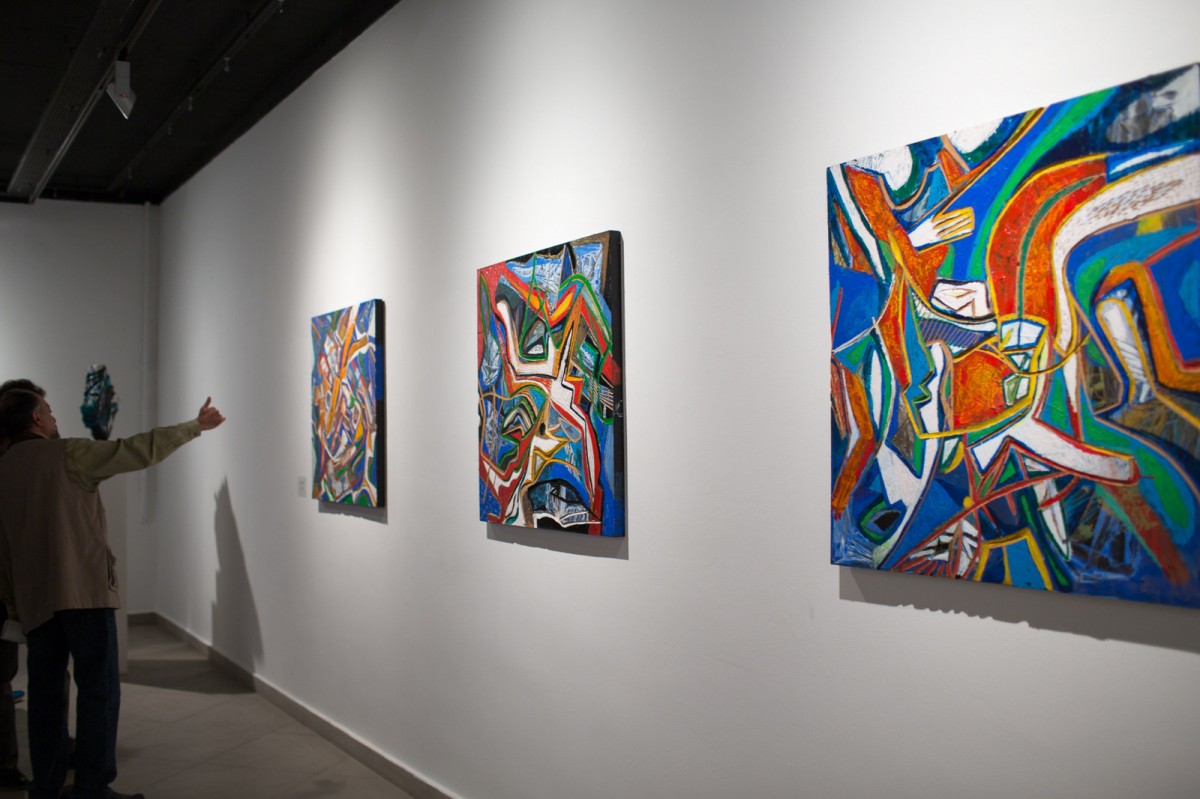 YAY Gallery is pleased to announce about solo exhibition `Refraction` by Huseyn Hagverdi (Azerbaijan) from 8 October to 10 November 2015.

YAY Gallery is delighted to announce a solo exhibition named `Refraction` and featuring Huseyn Hagverdi, Honorable Artist of Azerbaijan and member of the Artists’ Union of Azerbaijan. Art by Huseyn Hagverdi evokes a chain reaction of questions leading towards certain reflections that give excitement to the postmodernist times of today, when habitual comprehension of style has took its off. Being applied to the artist’s creative practice it can be defined as a process of building a dialogue system.

The artist had offered this model for the first time in his STONE project, where not just a range of sculptures created from the Absheron limestone, but the dialogue principle itself formed the project’s core point. That dialogue provided an atmosphere of small galaxy of stones sensitively completing each other, talking to each other, and sharing a common gravity.

Hagverdi’s following project was BEYOND THE LINE, presented at the Venice Biennale. It developed the dialogue system within somehow different plane. Here the dialogue was shaped within a concept of the time bridge uniting our epoch with Azerbaijani underground artists of 1960s. The artist created a labyrinth of wooden installations painted black; the black chaos appears to be a metaphor for the life, lived out by his father’s generation.

The next grade –– `Refraction` presents absolutely different palette, different story, but still it deals with the dialogue system, still it takes you beyond the bounds of physical reality. The project named Refraction could be introduced as exploration of the colour phenomenon, but nature of Hagverdi’s this work doesn’t allow it. He gets going on a hunch, by feel; he enters the dialogue with texture, substance of materials, the dialogue with lines and layered colour stratums, ‘tuning’ himself as a receiver for new ‘airs’ of colours.

The show displays mixed media graphics, paintings, stone and wooden sculptures, both so typical for the artist’s creative approach.

Huseyn Haqverdi, Honorable artist of Azerbaijan from 2003, graduate of the Azimzadeh Baku State Academy (1975) and the Mukhin St. Petersburg Academy (1980). The artist works with various materials and various genres including sculpture, painting, drawing and monumental art, gravitating to large forms. He is the author of a sculptured statue of the Virgin Mary in Baku Cathedral, a mosaic panel on an epic theme installed at the Sangachal Terminal, the memorial bas-reliefs dedicated to the artist Javad Mirjavadov in Baku and to the composer Kara Karayev in Moscow.

Exhibition will be held till 10th November 2015.