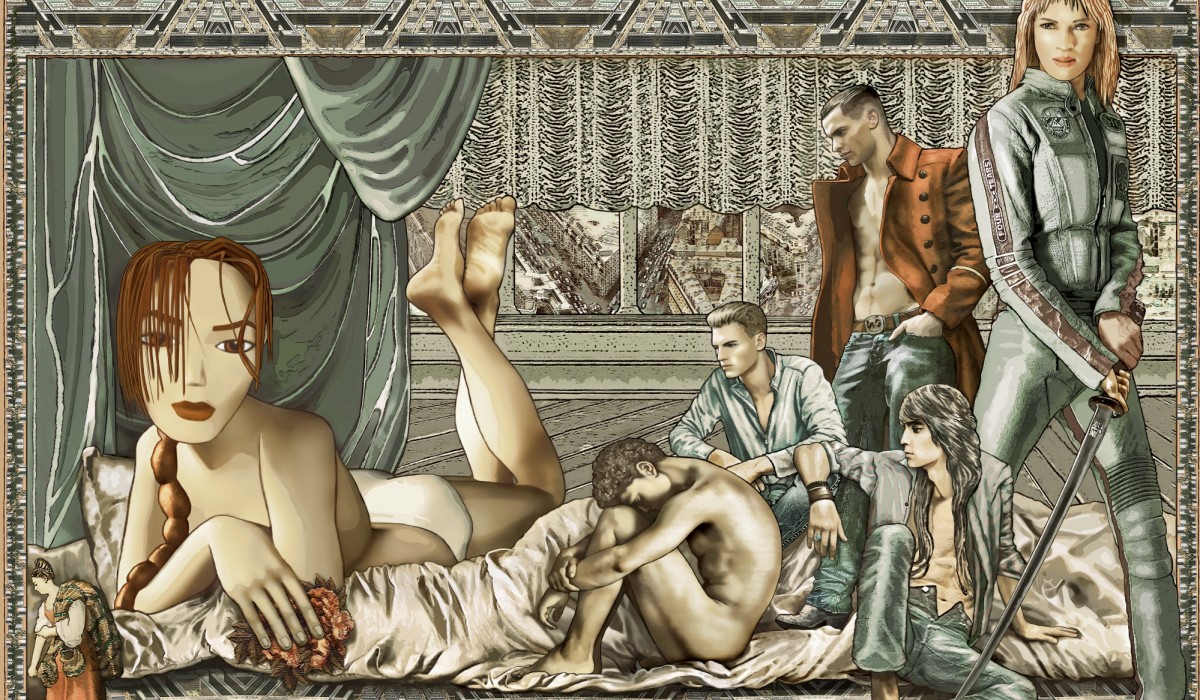 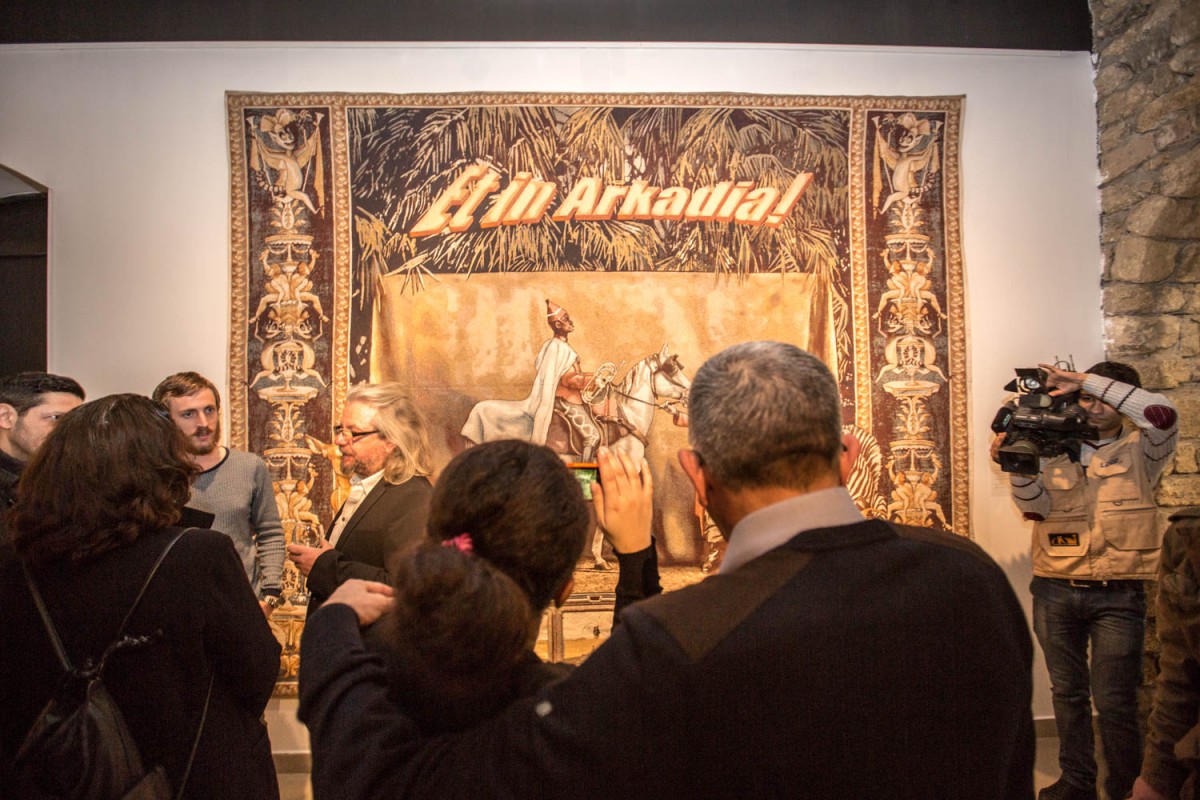 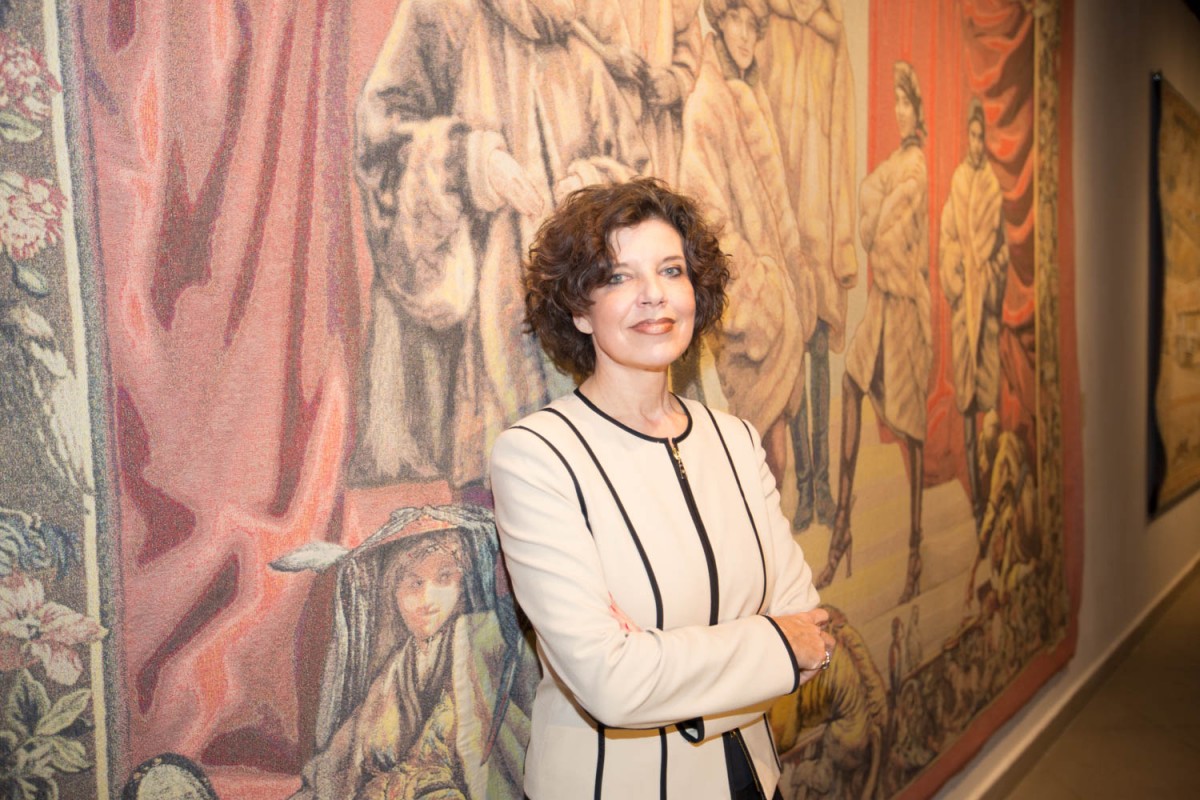 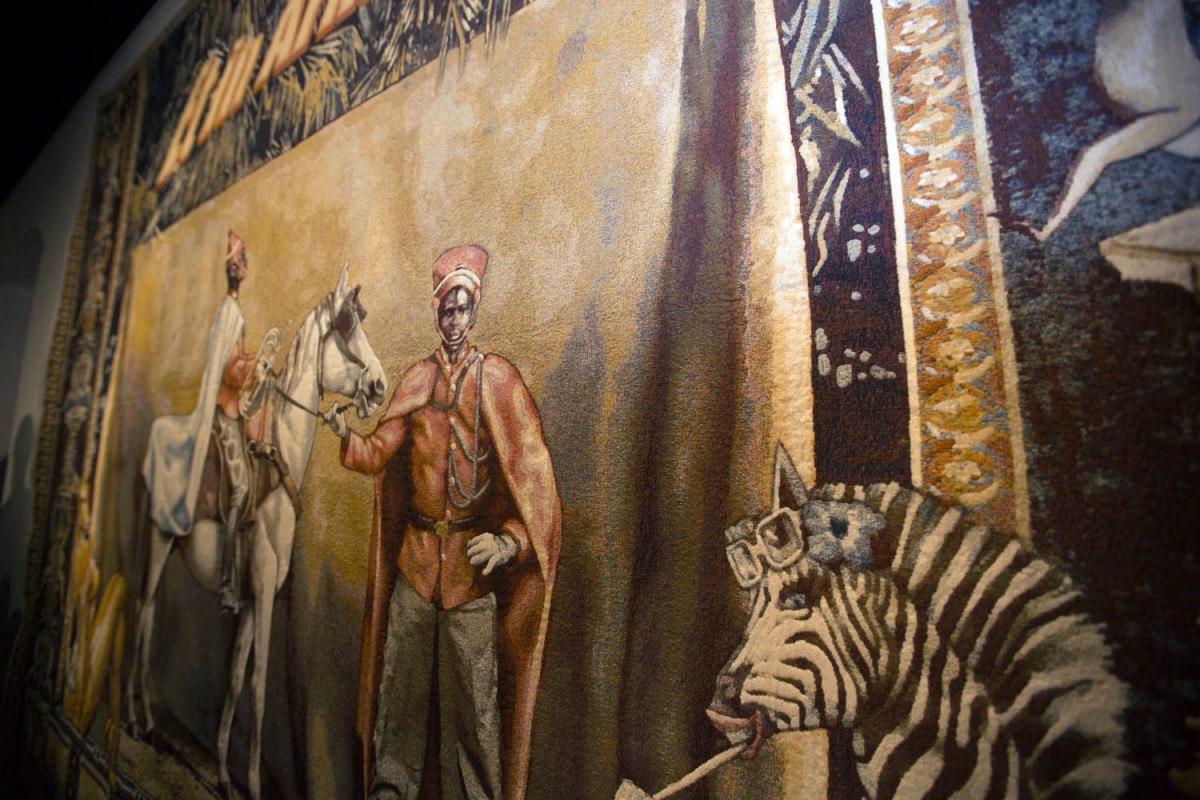 YAY GALLERY is pleased to announce that the first exhibition in 2015 will be a German artist Margret Eicher’s solo exhibition 'Regime of Images', starting on January, 29. Margret Eicher became known for her large format tapestries, in which she combines the baroque forms with the visual language of today’s information media. This is a fisrt time these works will be shown in Baku.

Margret Eicher is a German conceptual artist specializing in tapestry. Margret is famous for her enormous tapestries, in which she combines baroque imagery with well-known and familiar images of our information society. The central motifs of her tapestries relate to current images of photojournalism and advertising from print and digital media. The icons of our modern information society are reproduced in a conceptually well-founded piracy of images, taken from a wide range of sources. Her art is its own kind of symbiosis, a synthesis and a blend of classical traditions and modernity. This quality makes her tapestries extremely relevant today.

Her artistic position is not that of a creator, but of a creative recipient. Through a selective use of imagery, the artist reproduces a cultural or political statement. ‘Borrowing’ as a cultural and artistic act dates back to the twentieth century with the emergence of collages and montages. In Margret's works, this takes on a critical and political stance.

In her tapestries, the artist adheres to the predominant pillars of tapestry manufacture. Preserving the frame of the central composition, created according to the historical and traditional functional symbols and semantics, Eicher introduces hints of modernity in a canonized form (with stencil).

Margret Eicher's media-tapestries are high-tech industrial products and inexpensive handiwork. In Flanders, the birthplace of court tapestries, the textile industry is very active manufacturing copies of old images to sell as souvenirs on the international market. The artist deliberately chooses to replace traditional and expensive tapestries because this falsification of traditions is an example of amusements typical of our time, based on the collective use of intellectual property.