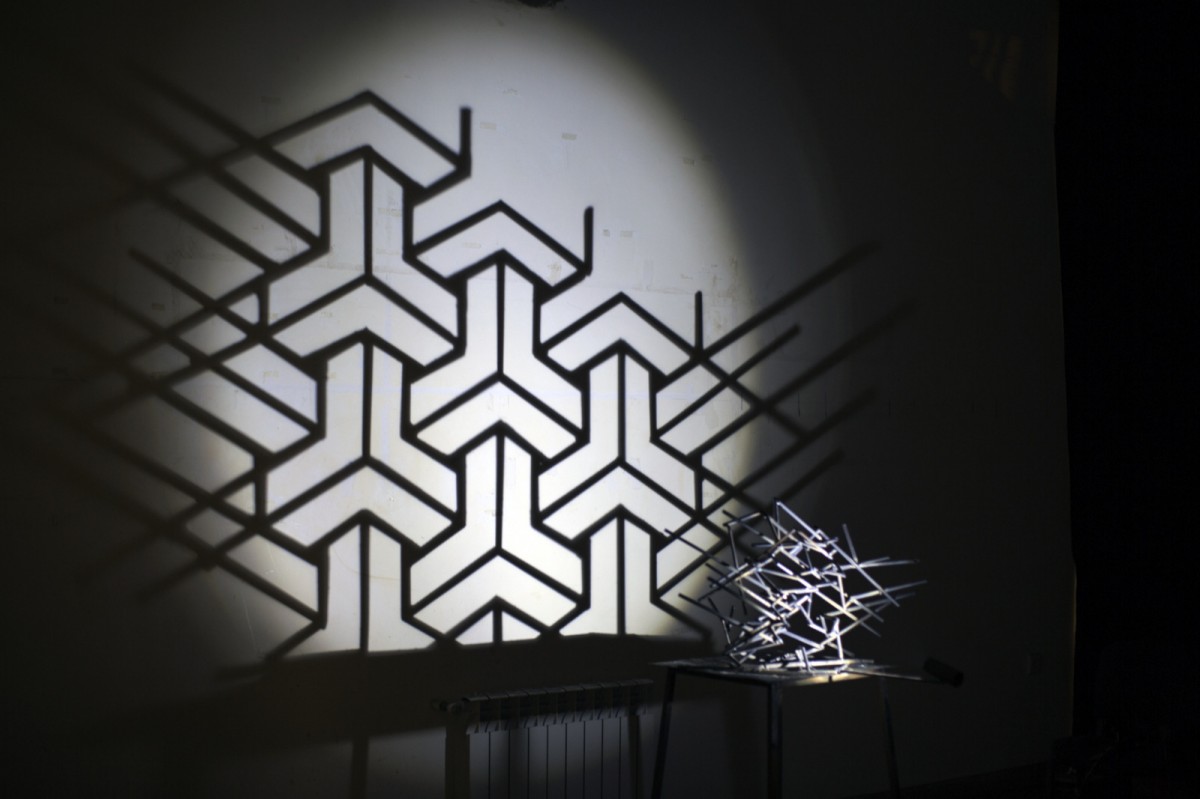 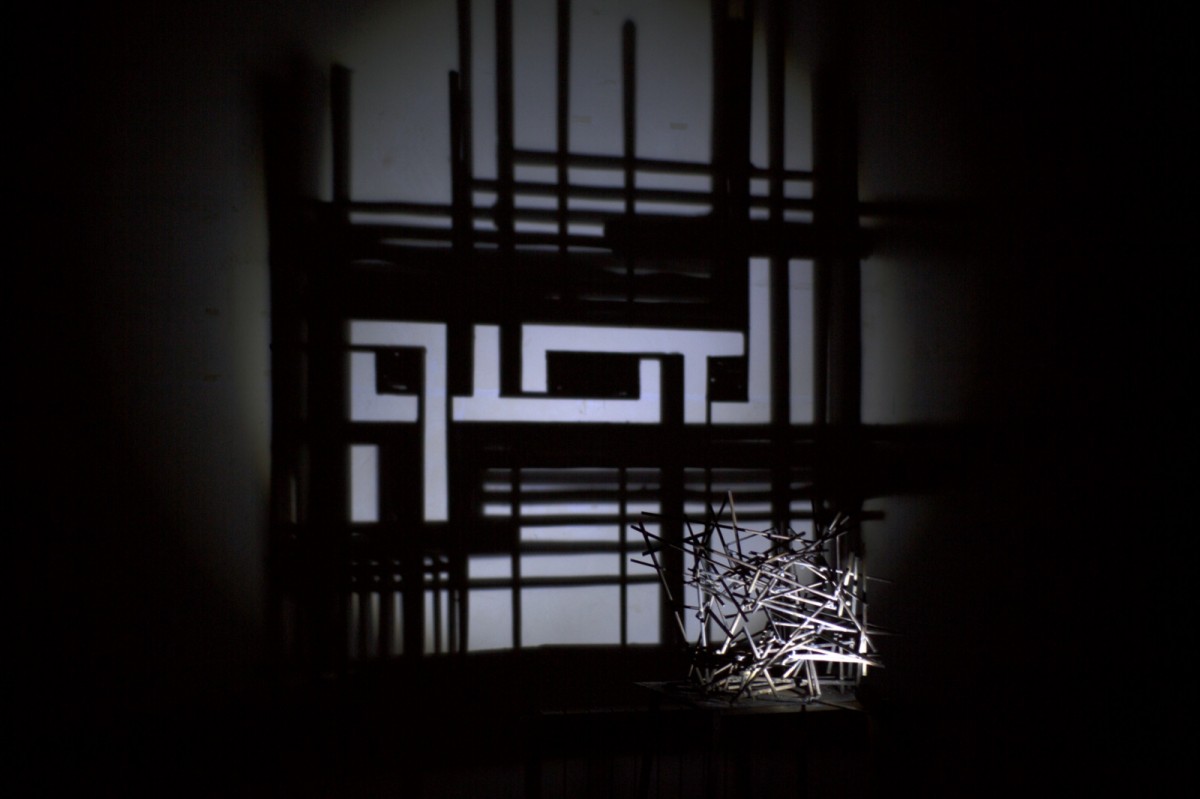 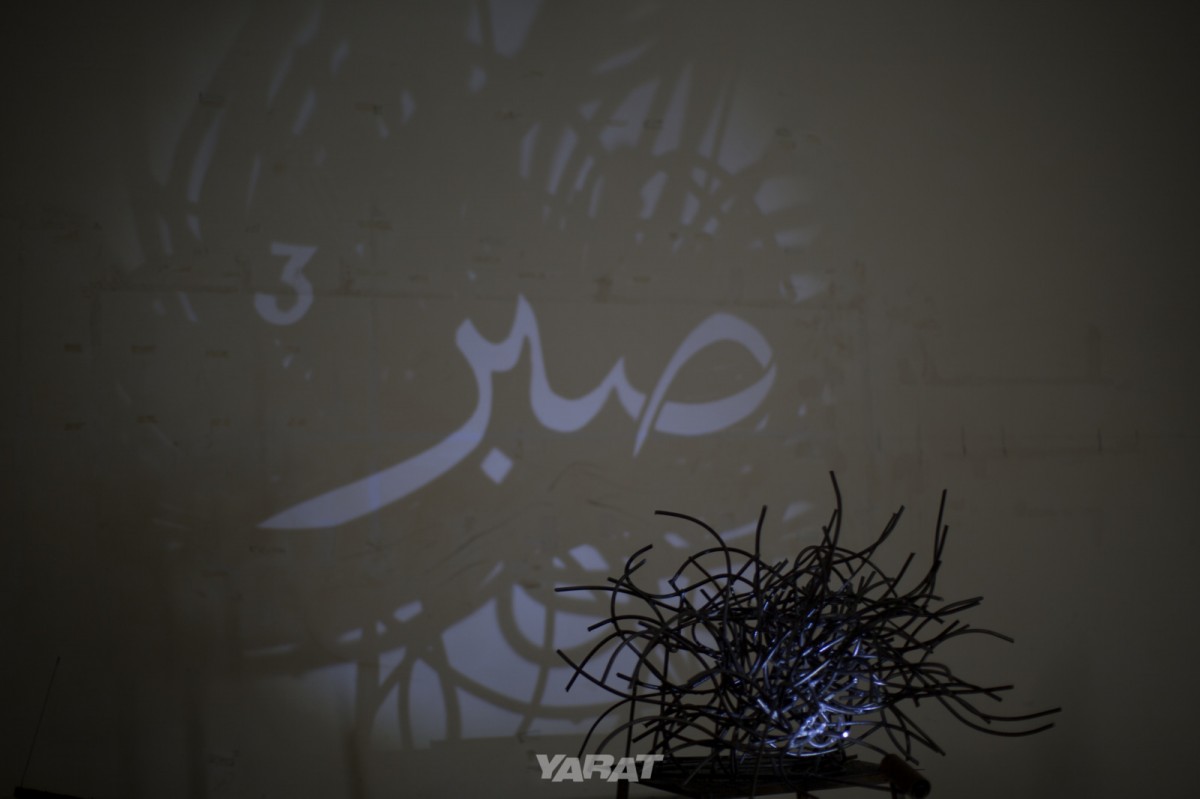 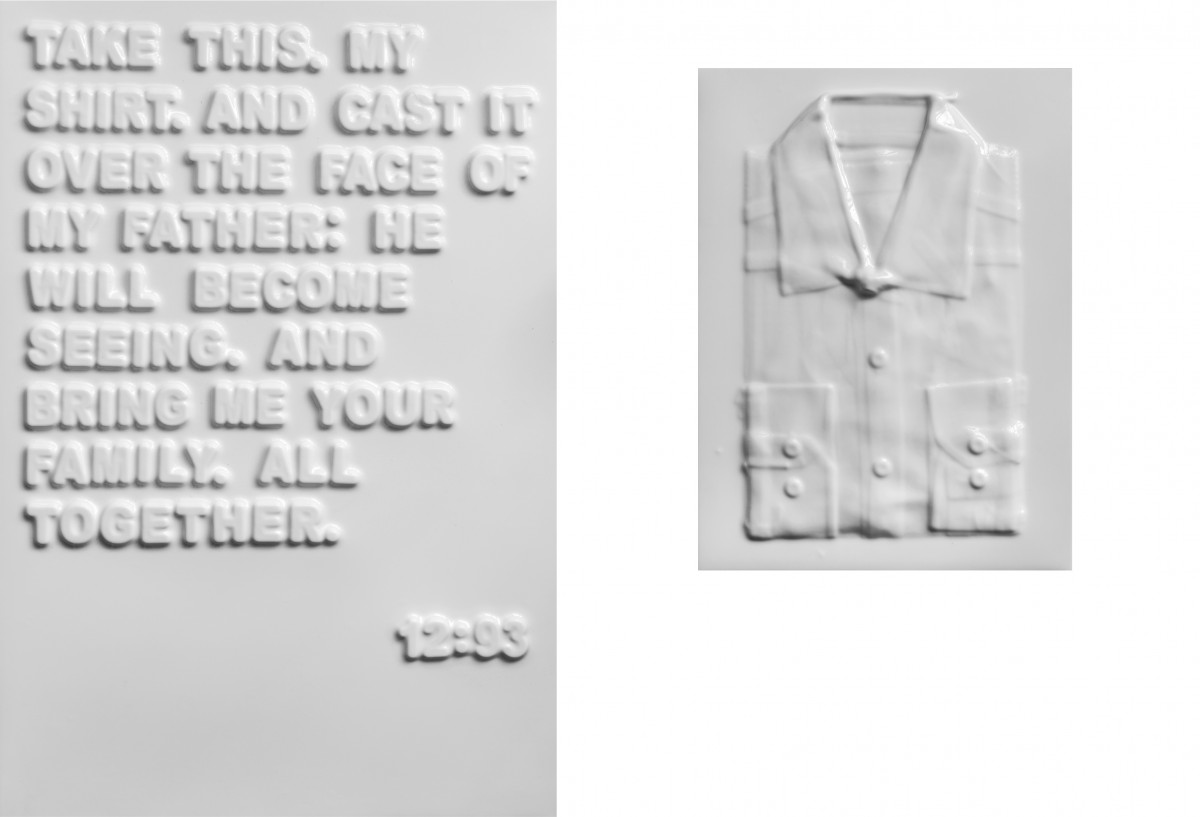 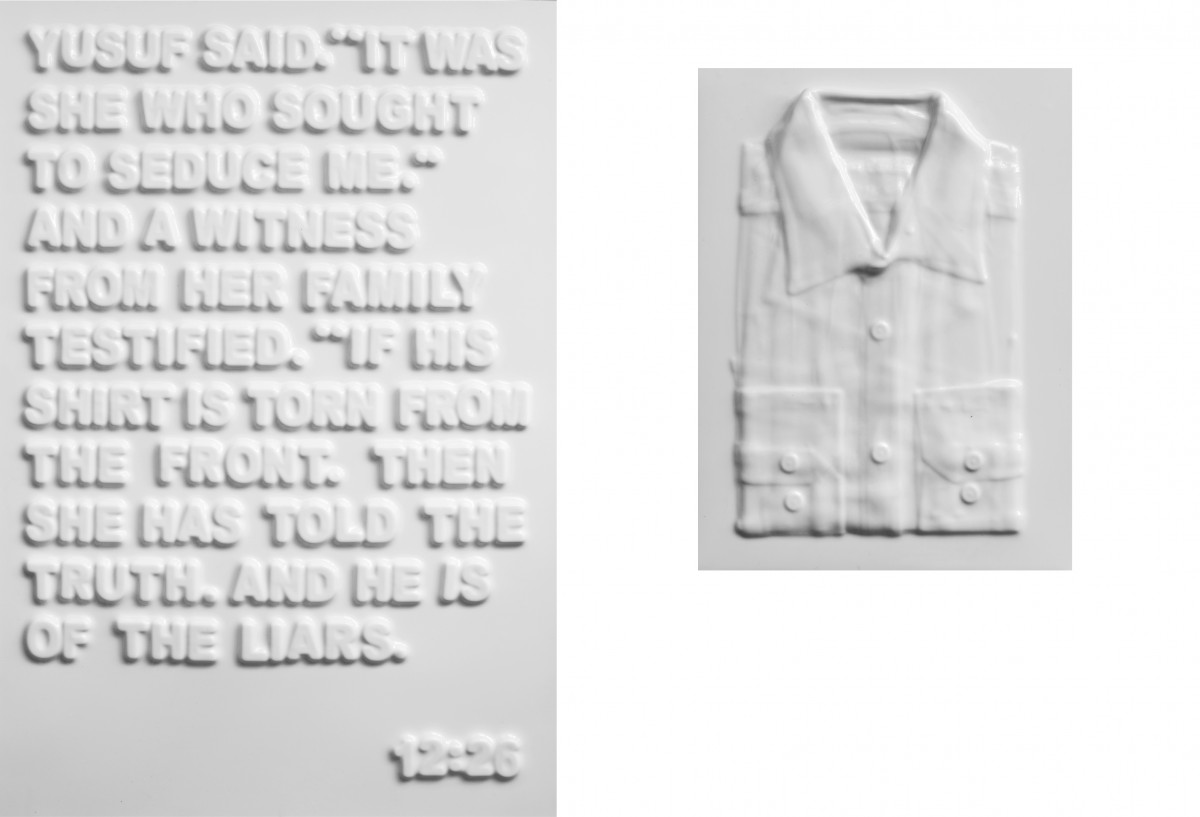 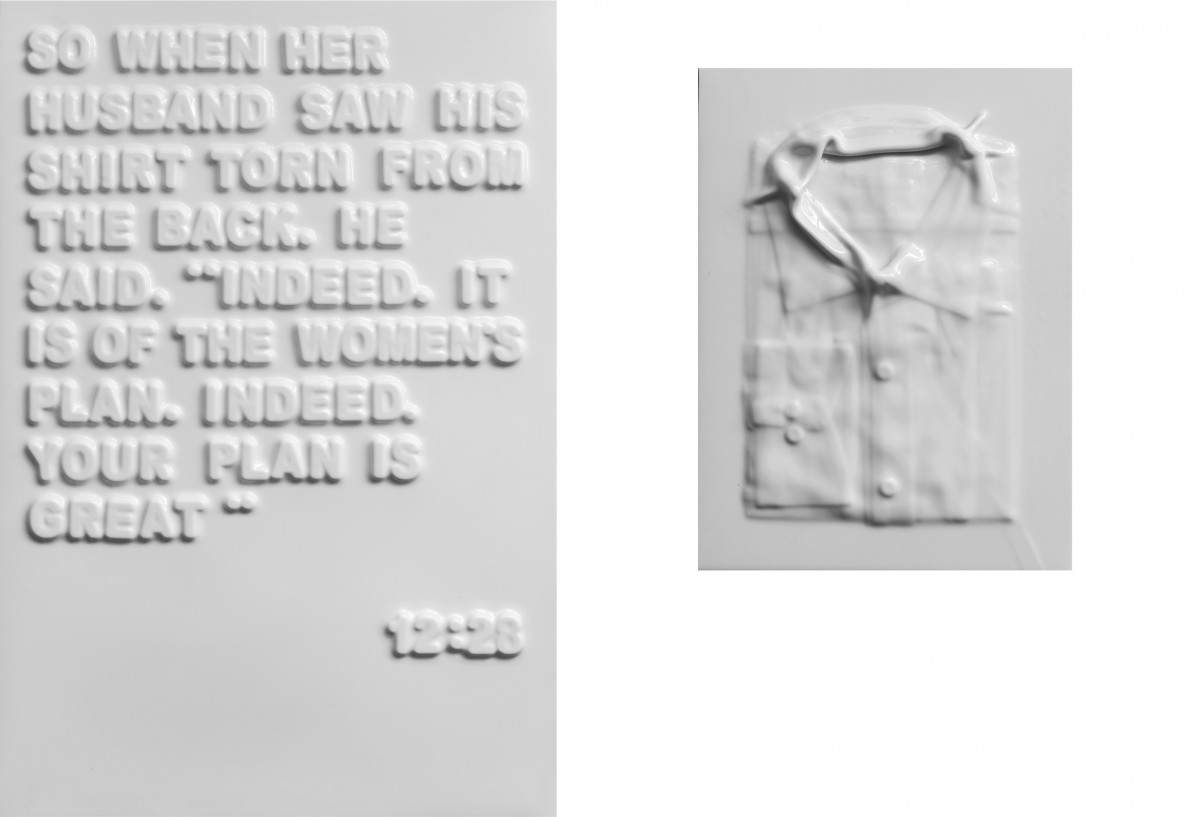 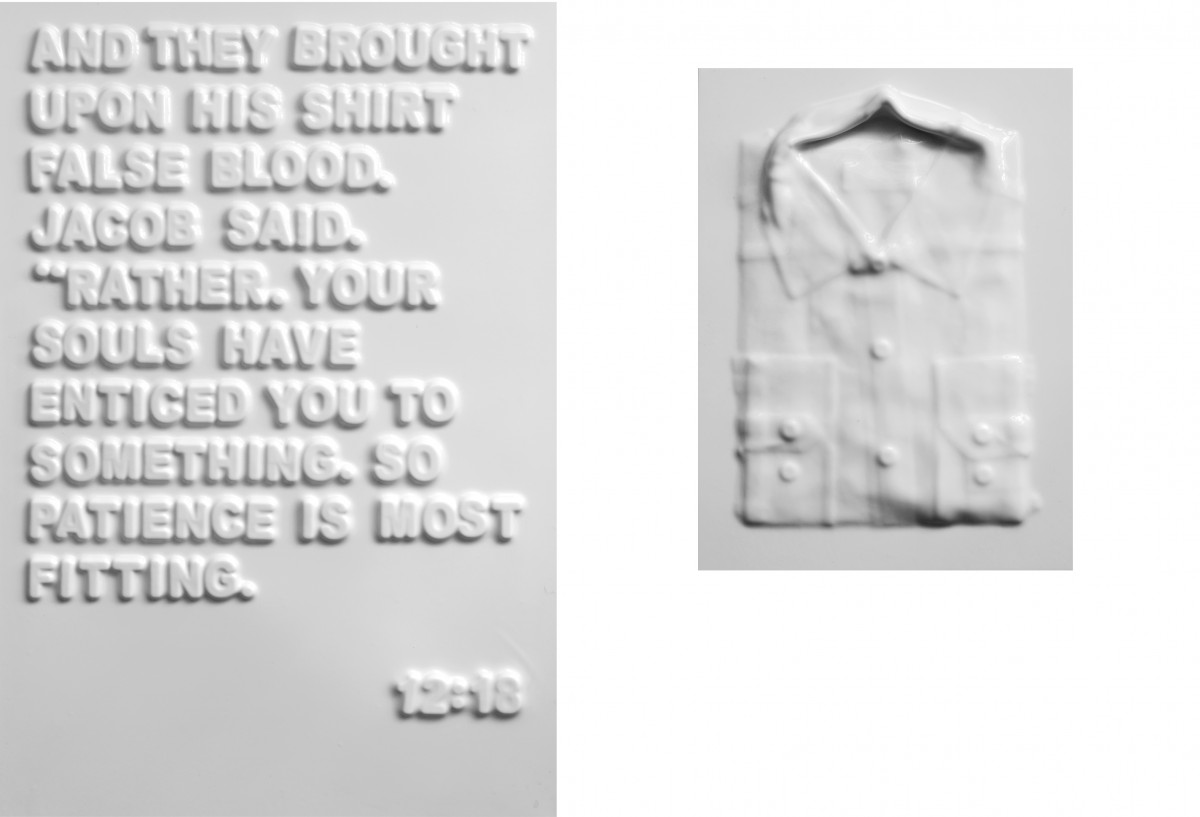 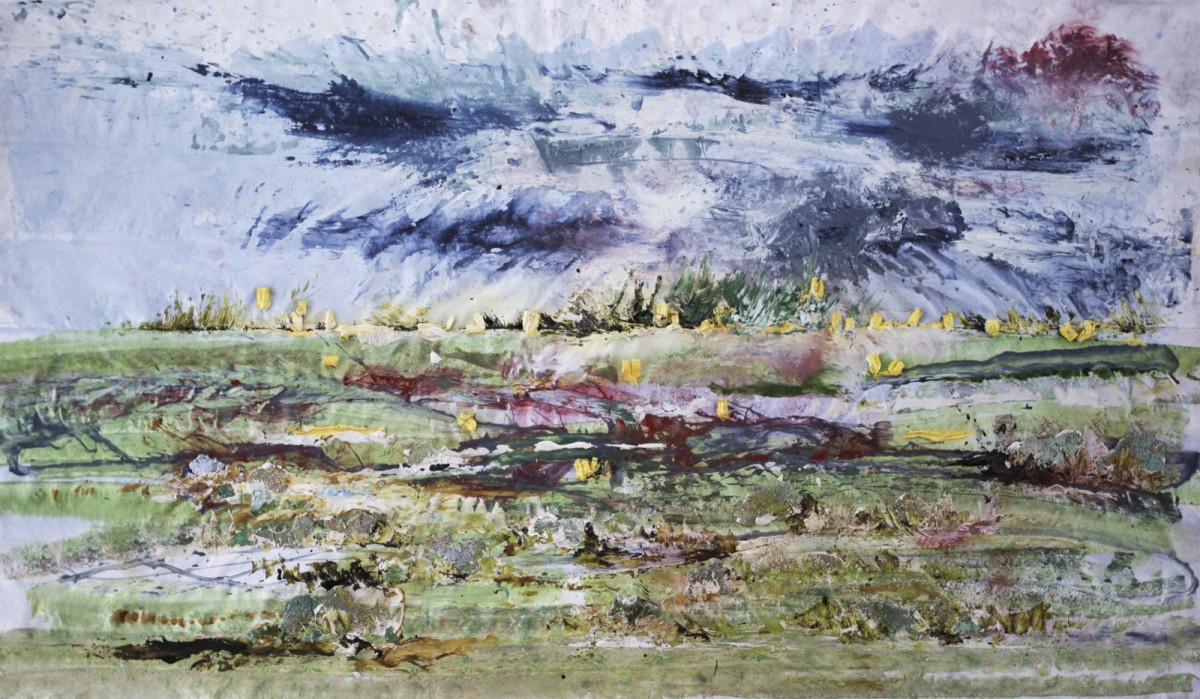 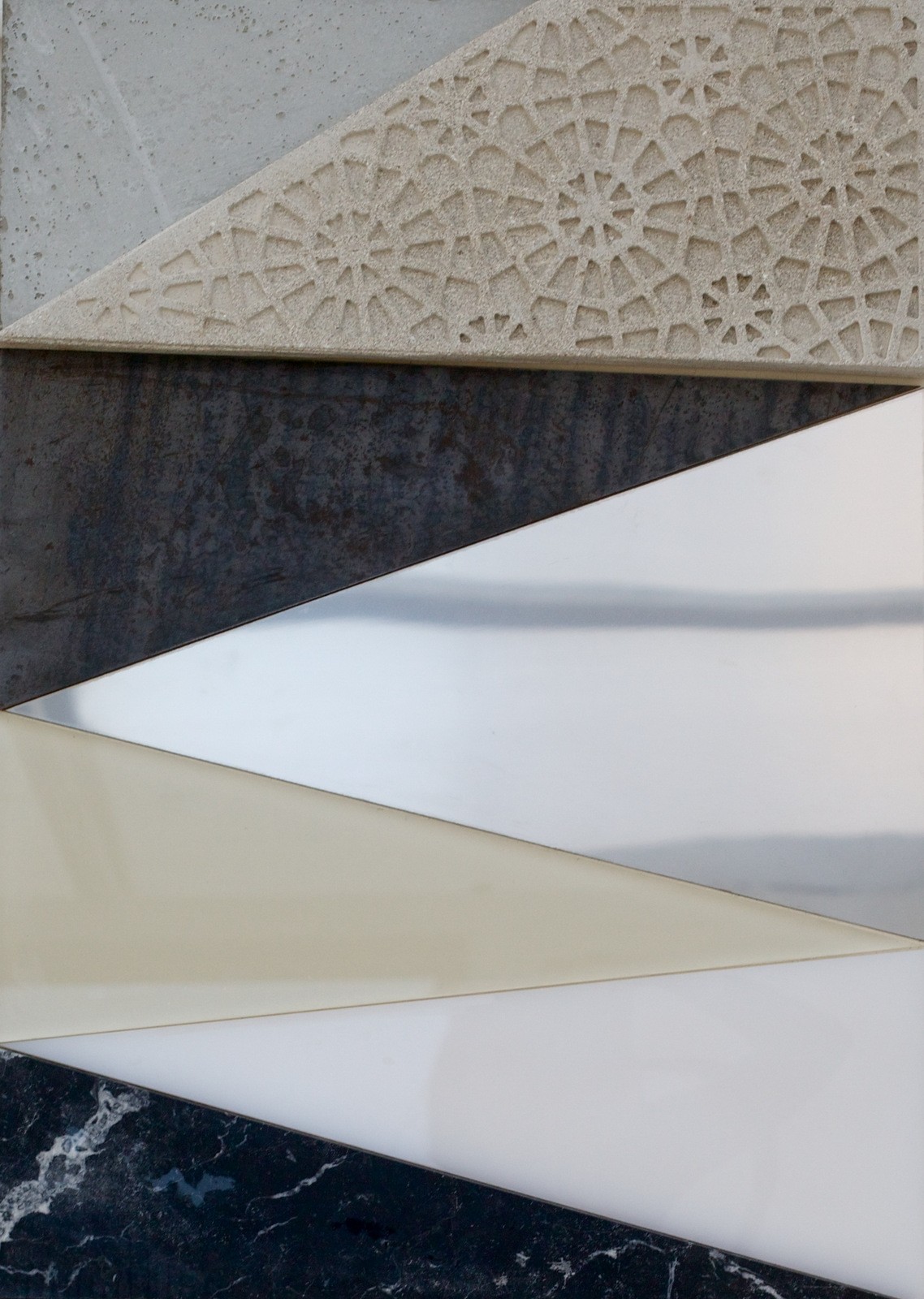 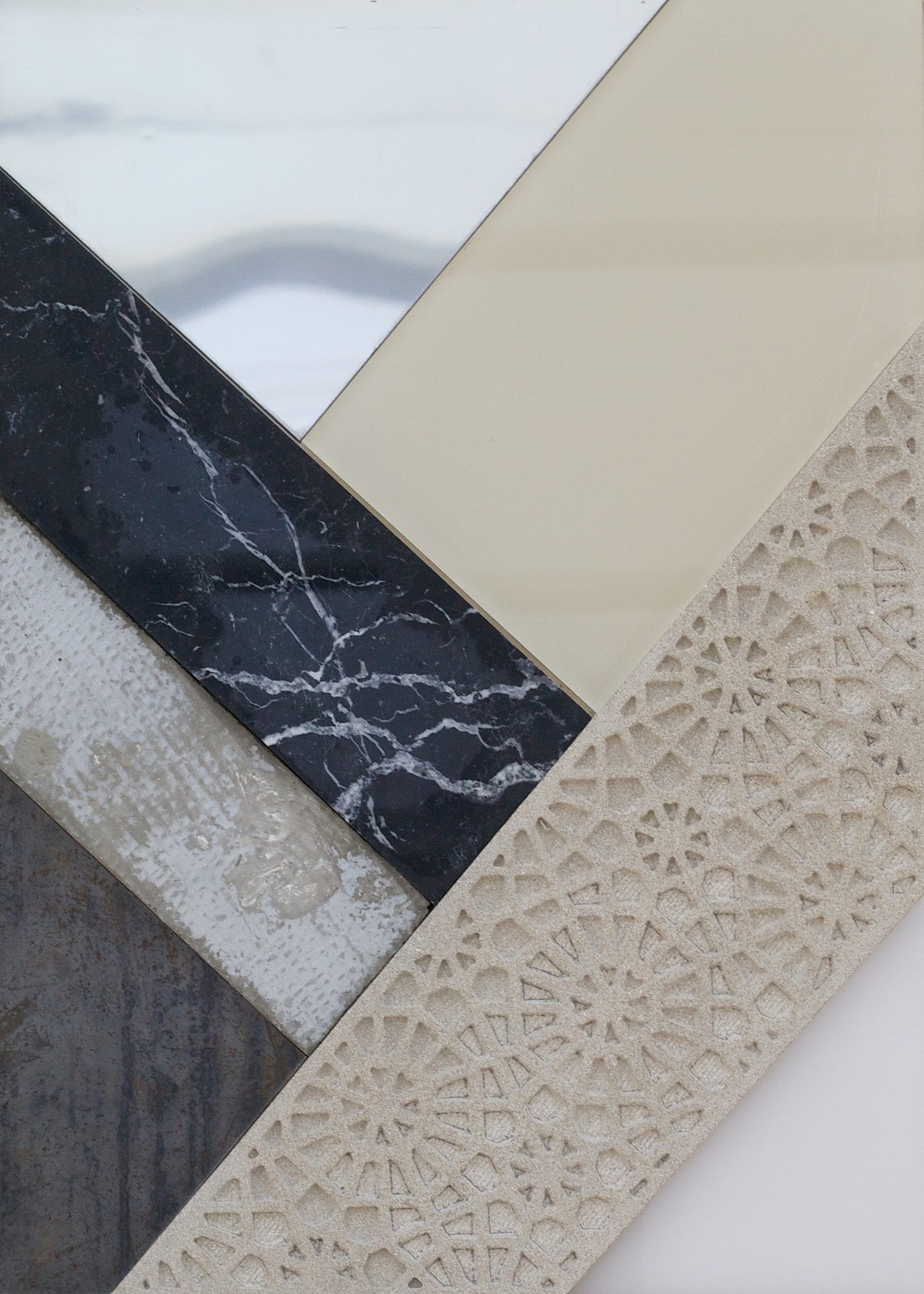 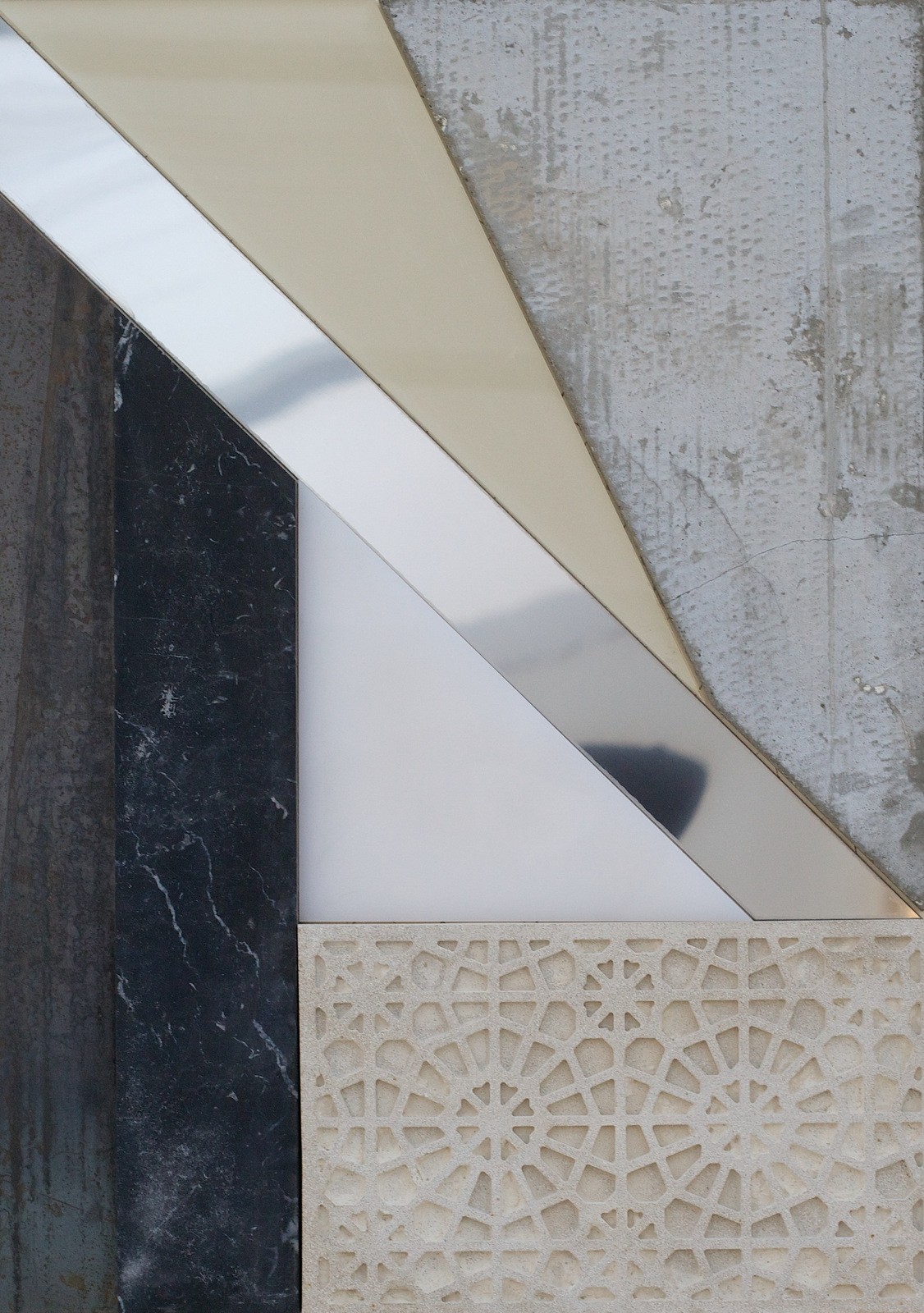 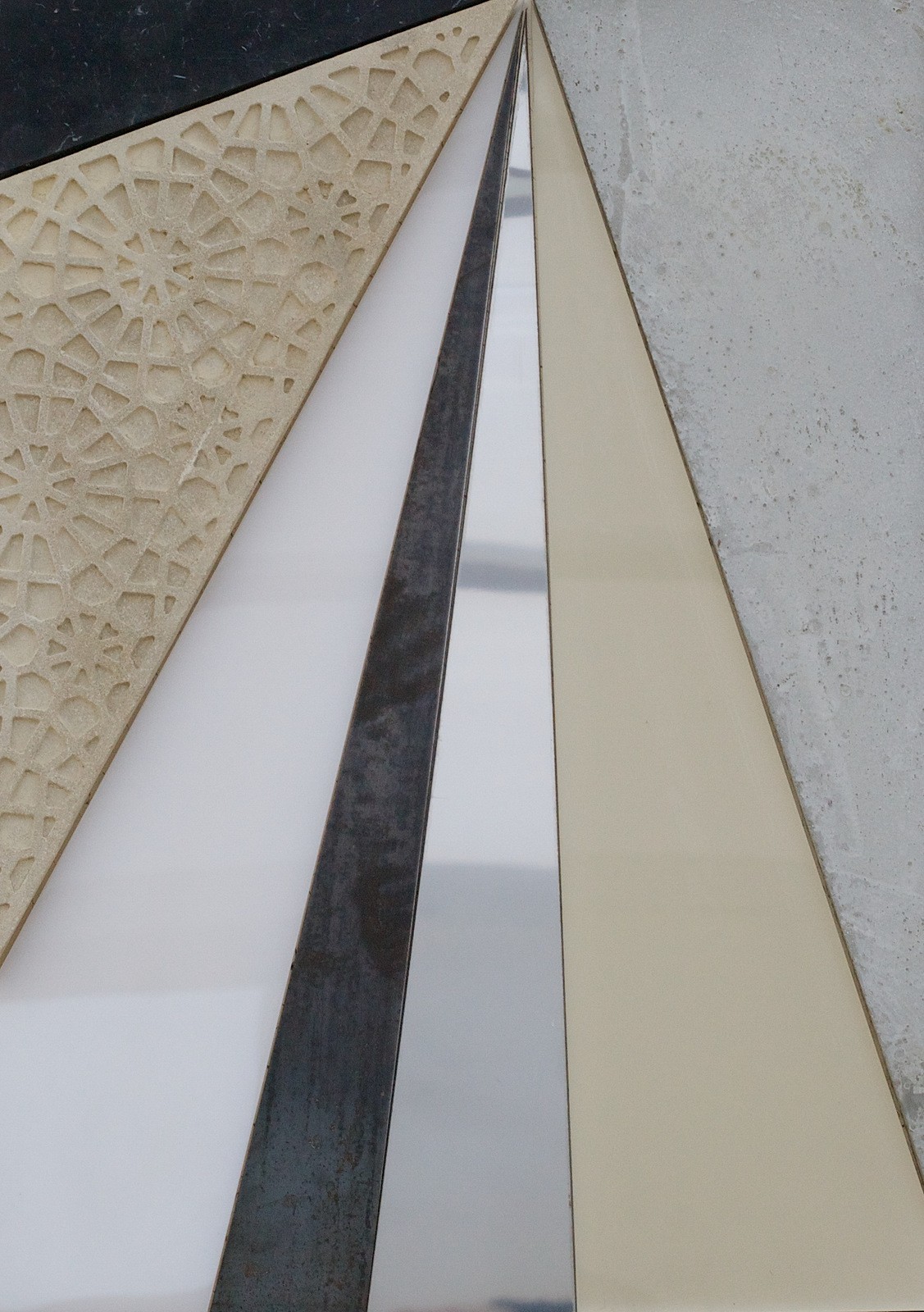 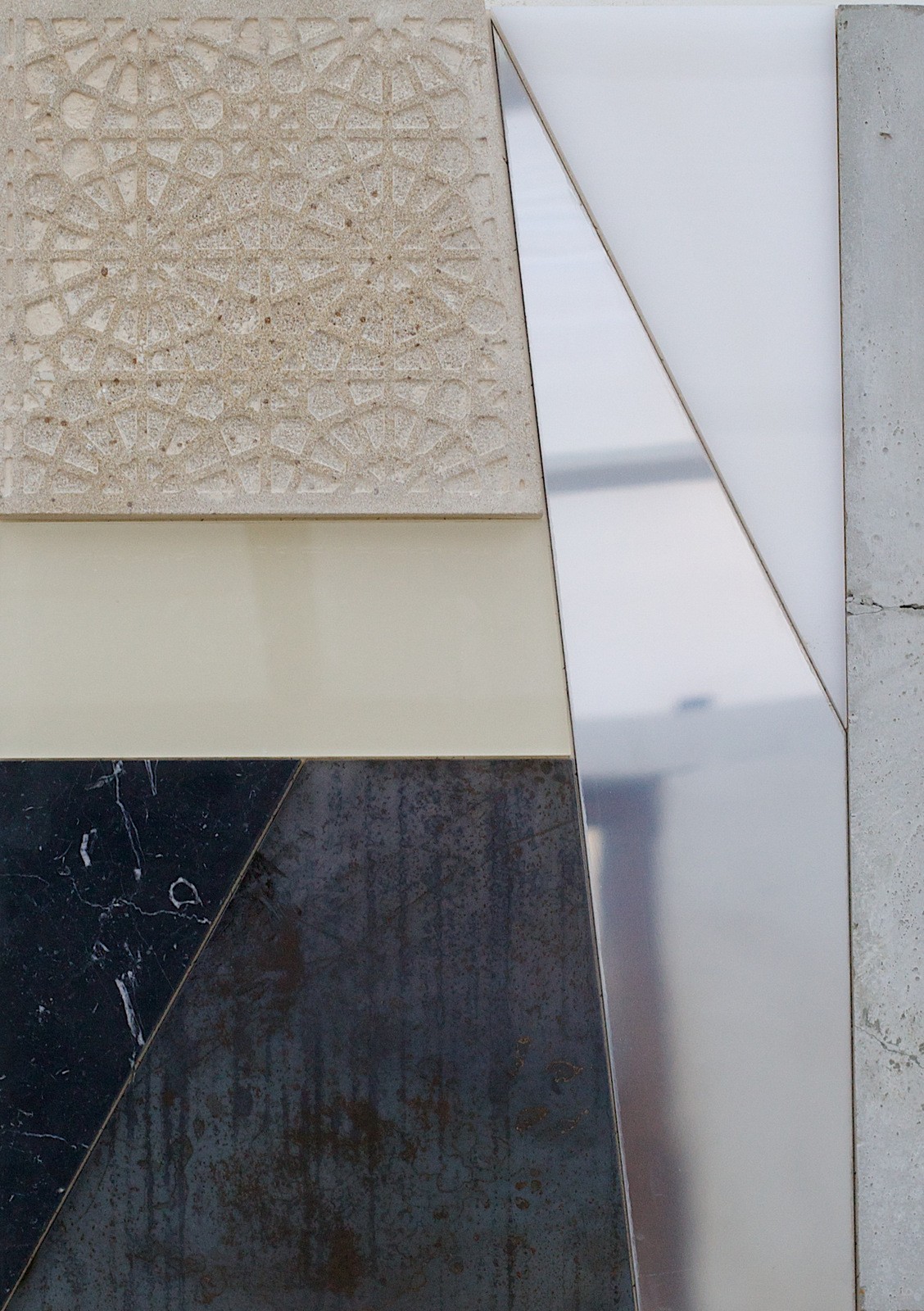 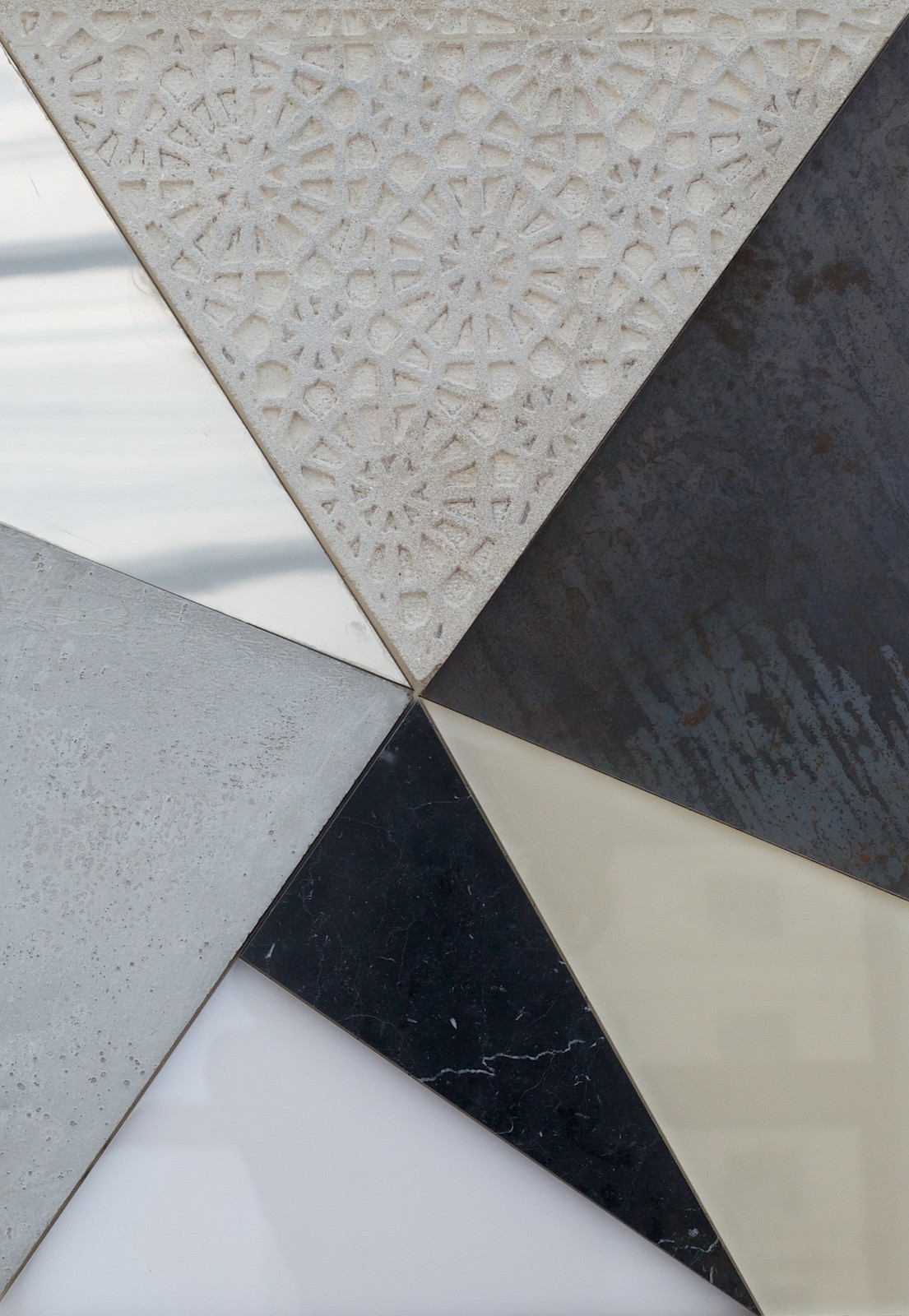 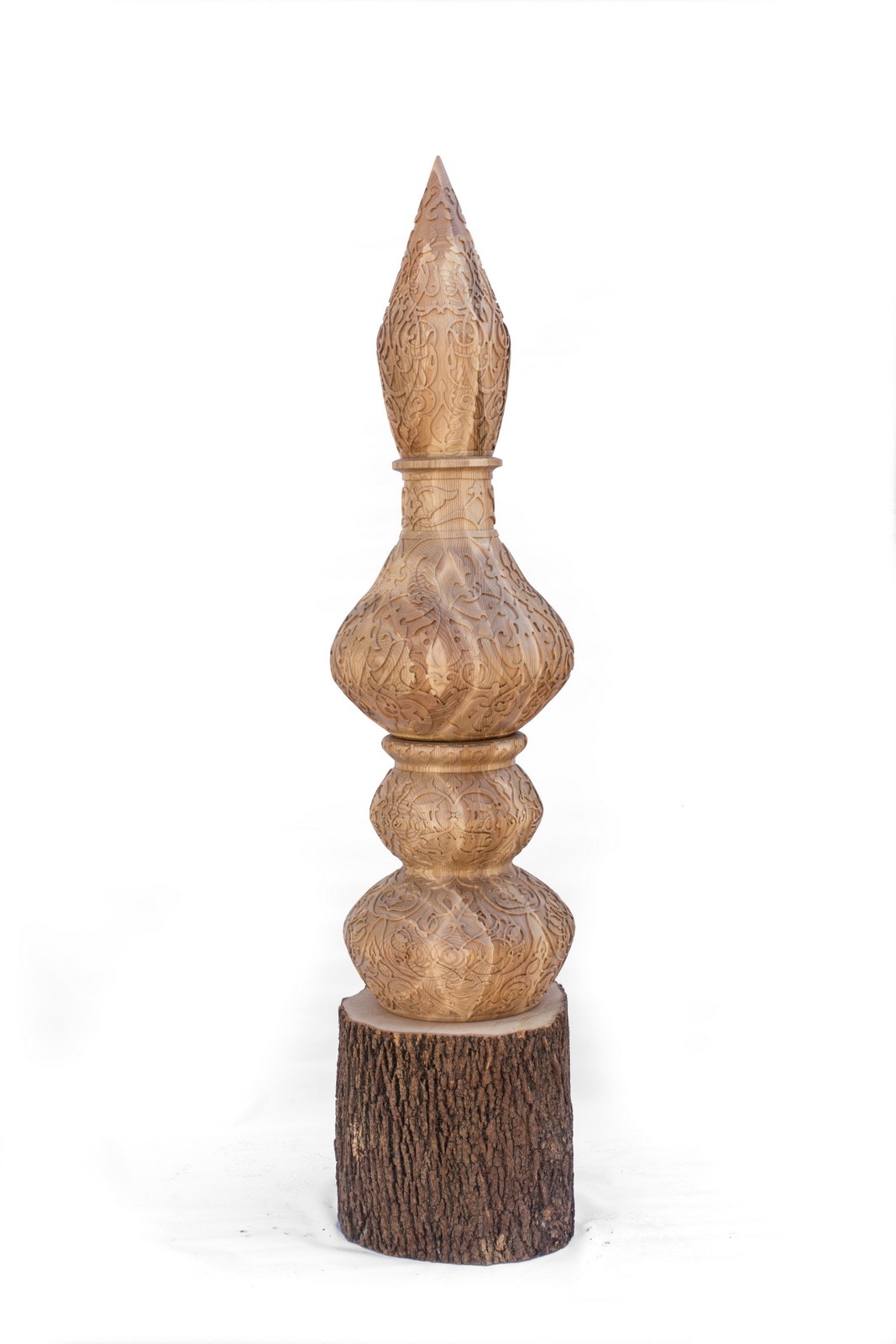 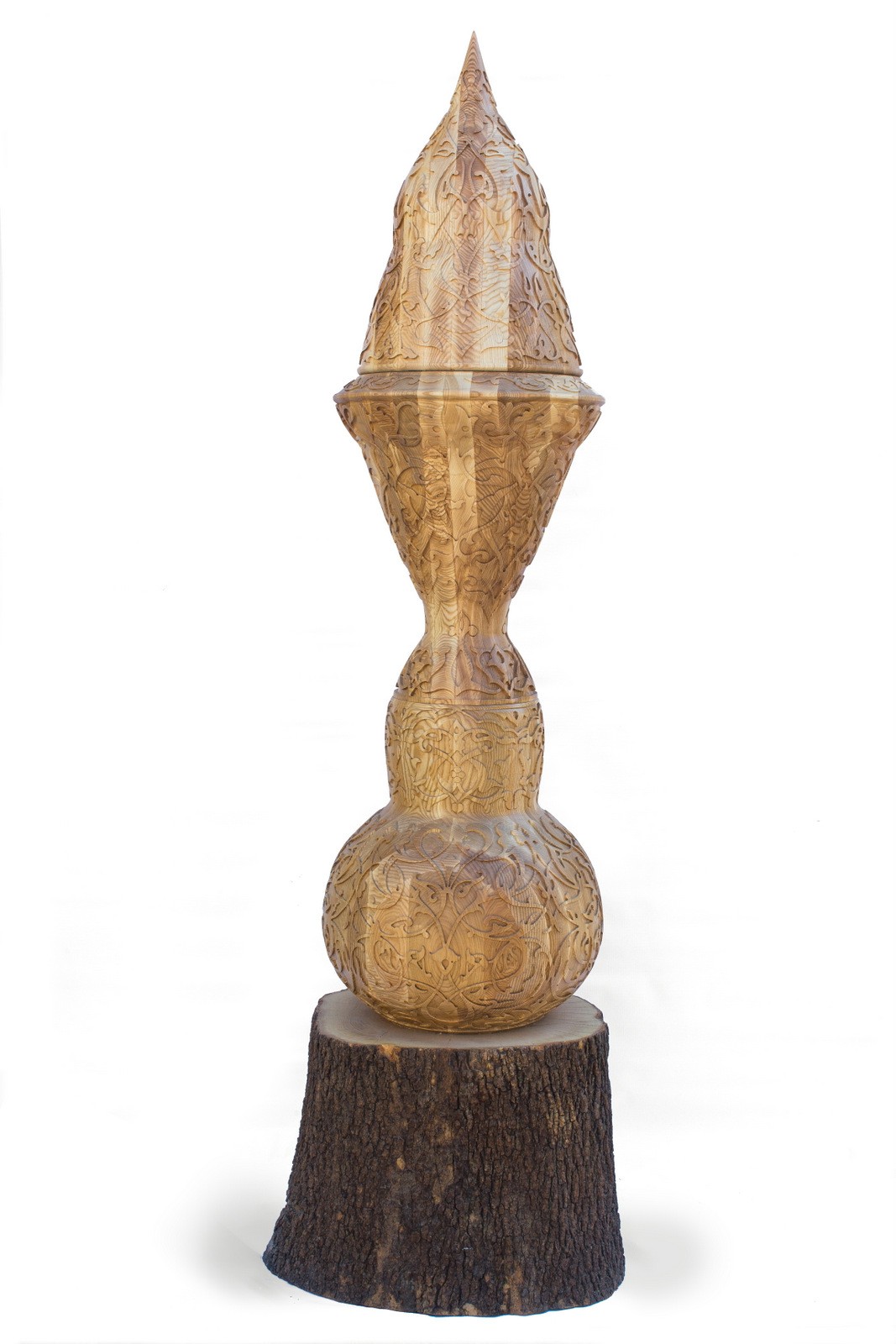 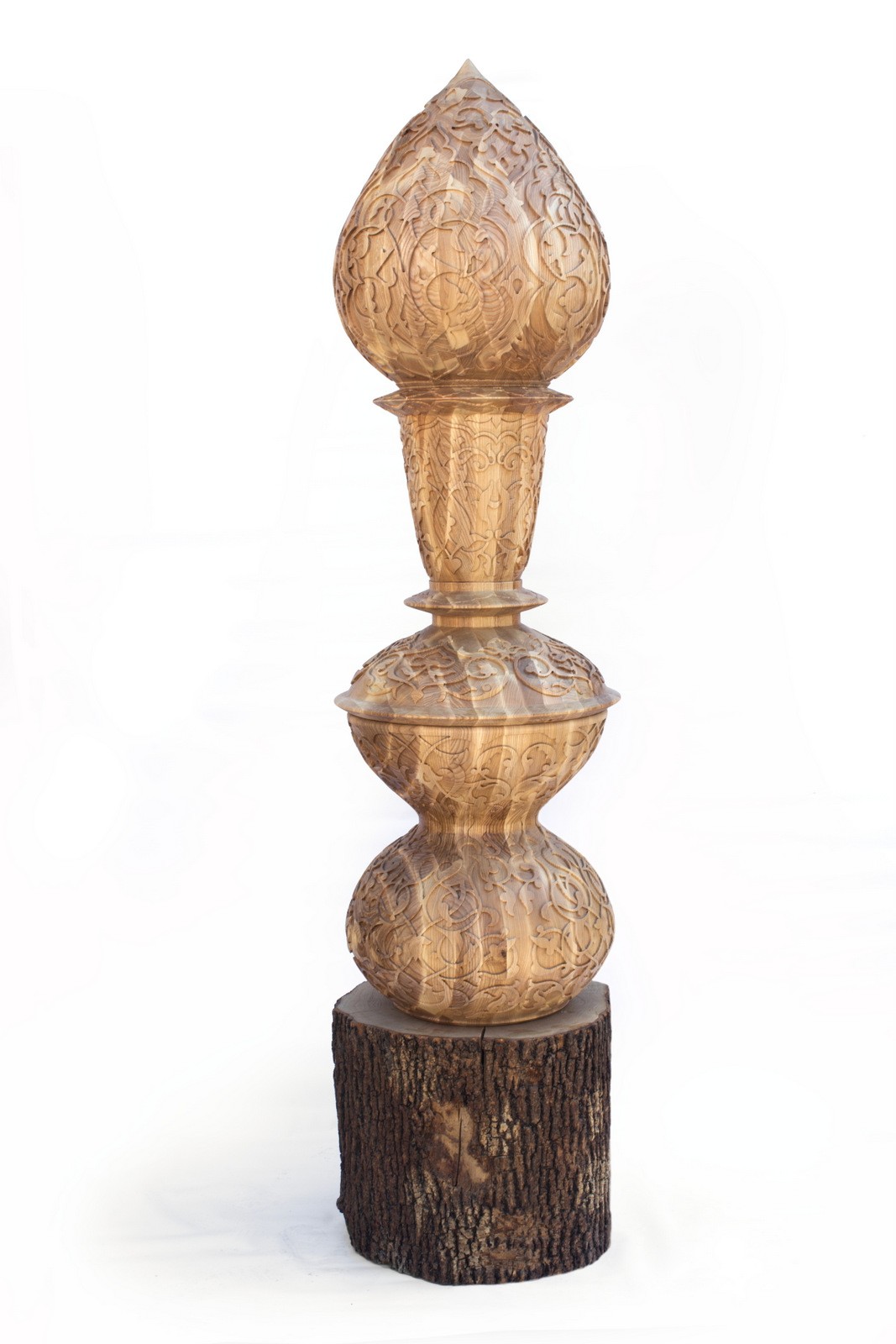 YAY Gallery is delighted to announce its forthcoming exhibition, ‘Meeting Point’ taking place at Cuadro Gallery, Dubai, as part of Cuadro and YAY’s gallery collaboration. The exhibition brings together the work of four key Azerbaijani artists who have come to international attention in recent years. Rashad Alakbarov, Orkhan Huseynov, Aida Mahmudova, Nazrin Mammadova and Farid Rasulov will exhibit new work across a range of media including painting, installation and sculpture exploring themes of memory, home and tradition during an era of rapid modernization and globalization in Azerbaijan.

Rashad Alakbarov is best known for his abstract sculptural installations made from arranged objects and fragmented materials. Placed in front of a light-source to cast shadows, the works reveal unexpected narratives. For the exhibition the artist will present three new ‘shadow works’ that refer to different elements of Middle Eastern culture and tradition, from the Kufic alphabet to traditional Islamic architectural patterns.

Orkhan Huseynov will exhibit four Plexiglas reliefs from his new series ‘Yusuf’. Two of the wall-based works feature verses from Surah Yusuf, a chapter in the Quran, and the remaining, images of a modern shirt. Through the juxtaposition of religious stories and contemporary material, the artist continues to investigate regional history while referencing age-old folk traditions and objects in his conceptual practice.

Farid Rasulov presents two new sculptures from his latest body of work comprised of day-to-day objects ornamented with the traditional woodcraft technique of hand carving. Rasulov’s work draws from his two year study with traditional wood masters and combines Islamic shapes and the ancient craft of carving with the modern transformation of the common object.

Working across installation, sculpture and painting, Aida Mahmudova’s work addresses themes of memory and nostalgia. Her paintings are an attempt to capture and preserve fading landscapes, urban environments and architecture in Azerbaijan.

Nazrin Mammadova presents her COAT series. “The Coat” is a direct try to demonstrate fascination with banal approach used in contemporary architecture and construction materials that in fact reflect visual identity adherent to the rapidly built cities in the Middle East region today.

*The exhibition will be accompanied by a catalogue including an essay by Suad Garayeva, Curatorial Director at YARAT Contemporary Art Centre, Baku.

‘Meeting Point’ is the second collaborative exhibition between Yay Gallery and Cuadro Gallery following ‘The Unbearable Lightness of Being’ at Yay Gallery, which exhibited the work of four artists represented by Cuadro Gallery from the Middle East and North America, in Baku, Azerbaijan.

Alakbarov graduated from the Faculty of Decorative Arts at Azerbaijan State Academy of Fine Art in Baku (2001). He has worked across different media including painting, sculpture, video art, theatre and architec- tural design. In recent years it is his ‘shadow work’ installations that he has become best known for. Projecting text, calligraphy, pattern and language, the artist’s ‘shadow works’ question the relationship between sign and meaning. These works have been shown in exhibitions including ‘The Union of Fire and Water’, YARAT’s Official Collateral Project at the 56th International Art Exhibition – La Biennale di Venezia, Venice, Italy (2015); ‘The Other City’, YAY Gallery, Baku, Azerbaijan (2013); Themis,  012 Baku Public Art Festival’, Baku, Azerbaijan (2012) and ‘Foreword’, Alternative Art Place, Baku (2011). His works also feature in private collections in Azerbaijan, Turkey, Italy and Russia.

Huseynov graduated from the Faculty of Ceramic Design at the Azimzadeh State Art College in Baku in 1995, and from the Faculty of Ceramic Design at the Azerbaijan State University of Culture and Art in 1999. He received his Master’s Degree in 2000 from the Faculty of Art History and Theory at the Azerbaijan State Academy of Fine Art in Baku. He is a multidisciplinary artist who works across painting, installation, video, drawing and other media. From the outset, the focus of his work has been admiration for his country’s history and folk traditions, most prominently during its post-Soviet reawakening. Art, culture, monuments, traditional games and elements of everyday life have all found a place in the artist’s work. Selected group exhibitions include ‘Love Me, Love Me Not: Contemporary Art from Azerbaijan and its Neighbours’, Collateral Event for the 55th International Art Exhibition – La Biennale di Venezia, Italy (2013) (also shown at the Zaha Hadid-designed Heydar Aliyev Center in Baku in 2014), and 012 Baku Public Art Festival, Baku, Azerbaijan (2012). Hueynov has also had solo shows at Tropenmuseum, Amsterdam, Netherlands and Vakif Bank Art Gallery, Ankara, Turkey.

Aida Mahmudova, b. 1982, Lives and works in Baku and London

Mahmudova is an Azerbaijani artist and Founder and Creative Director of YARAT, a not-for-profit contemporary art organization, based in Baku. She graduated from Central Saint Martin’s in London with a degree in Fine Art in 2006 and has since been exhibited internationally. Her work addresses memory and nostalgia. Working across installation, sculpture and painting, she captures forgotten and marginal corners of her rapidly modernizing country.

Mahmudova’s work is currently on display at ‘Vita Vitale’, National Pavilion of Azerbaijan, at 56th International Art Exhibition – La Biennale di Venezia, Venice, Italy and has been shown at the MAXXI in Rome (2013) and ‘Love Me, Love Me Not: Contemporary Art from Azerbaijan and its Neighbours’, Collateral Event for the 55th International Art Exhibition – La Biennale di Venezia, Italy (2013) (also shown at the Zaha Hadid-designed Heydar Aliyev Center in Baku in 2014) among other international exhibitions. Her work has been the subject of solo exhibitions at Leila Heller gallery in New York (2015) and the Barbarian Art Gallery, Zurich (2013).

Rasulov works across a wide range of artistic media: large-scale paintings, installations, three-dimensional graphics, animation and sculpture. His works are often conceptually and intellectually provocative. Though he works in a variety of media, he is best known for his large-scale, hyper-realistic still-life paintings. These works depict objects against vividly coloured backgrounds, which seem to be layered with hidden meaning. The artist wishes to convey that our everyday existence is deceptively simple, particularly when viewed through the objects with which we surround ourselves. After two years of studying with traditional wood masters, his latest body of work comprises intricately hand-carved wooden sculptures that are sometimes made using repurposed, mass produced items. Whether carved from a solid block of wood or a humble wooden crate, Rasulov engraves the object with ornate, interlocking designs that are traditional to the region. Selected group exhibition include ‘Ornamentation’, 55th Venice Biennale, Azerbaijan Pavilion, Italy; ‘Love Me, Love Me Not: Contemporary Art from Azerbaijan and its Neighbours’, Collateral Event for the 55th International Art Exhibition – La Biennale di Venezia, Italy (2013), and ‘Here…Today’, Old Sorting Office, London, UK (2014). Rasulov has also had solo shows at Rabouan Mouisson Gallery, Paris (2014); and Aidan Gallery, Moscow (2012).