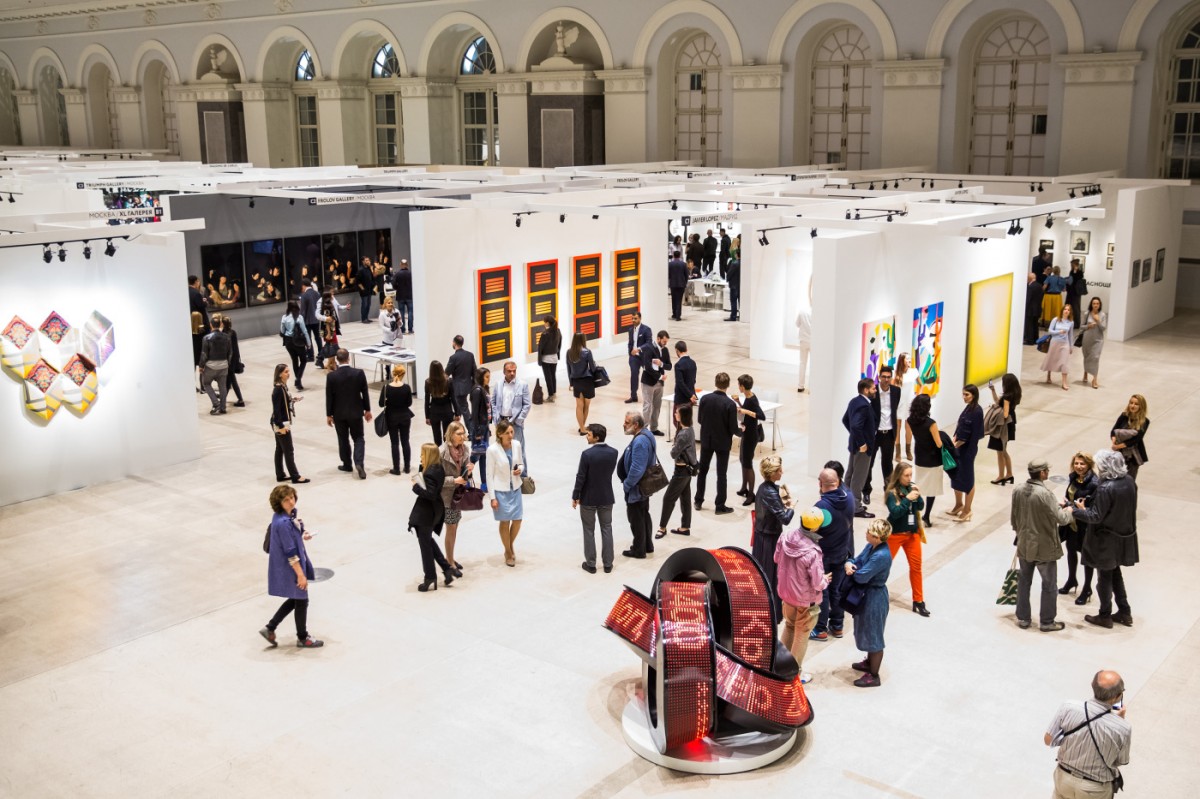 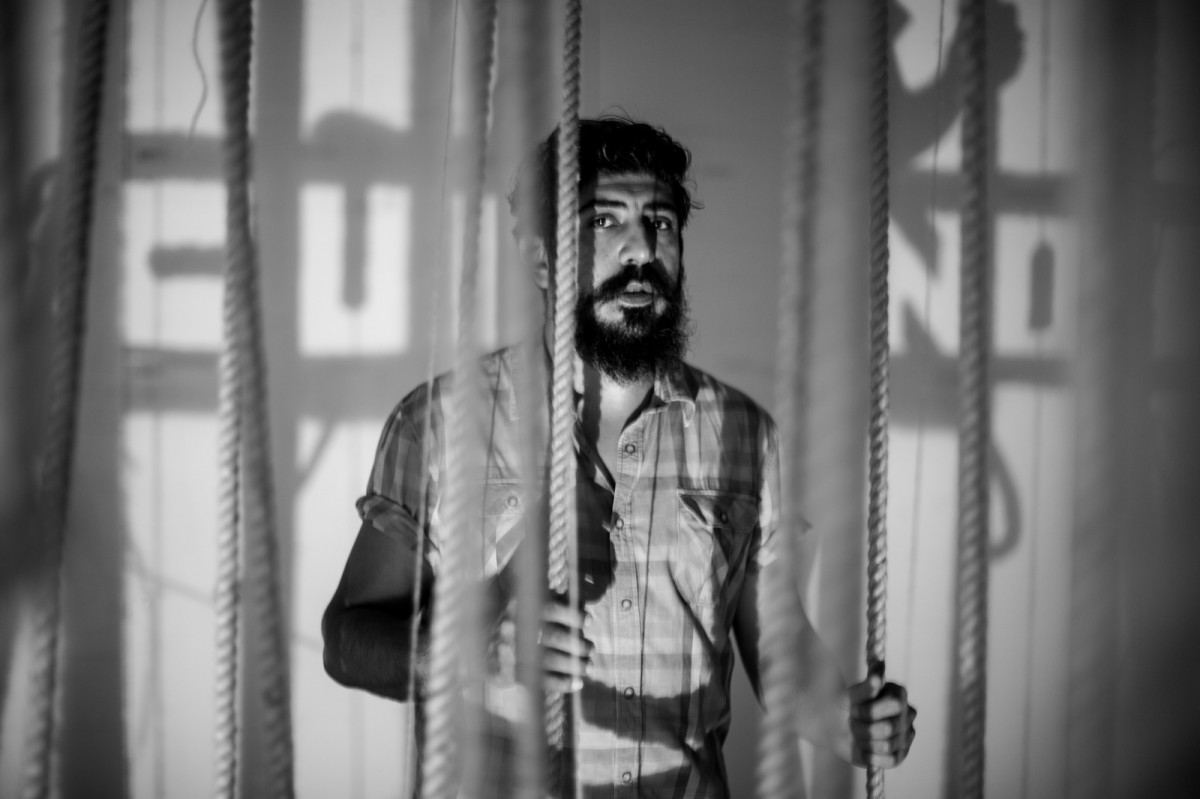 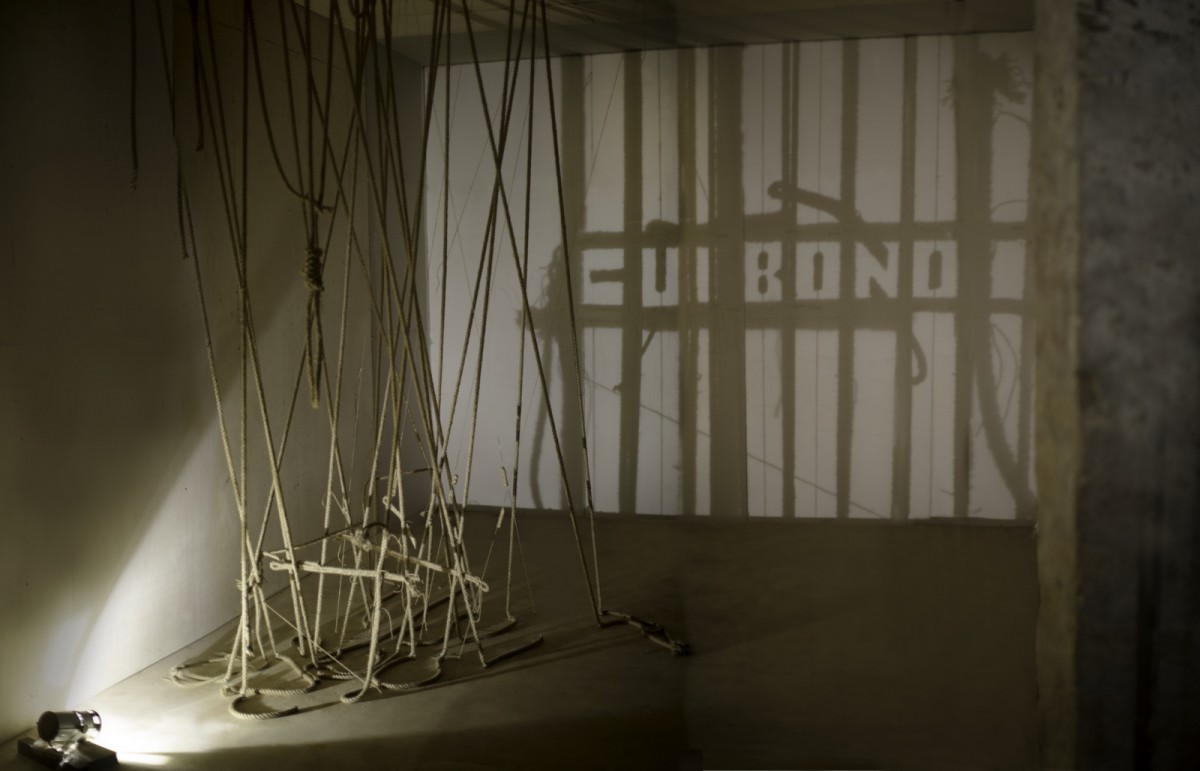 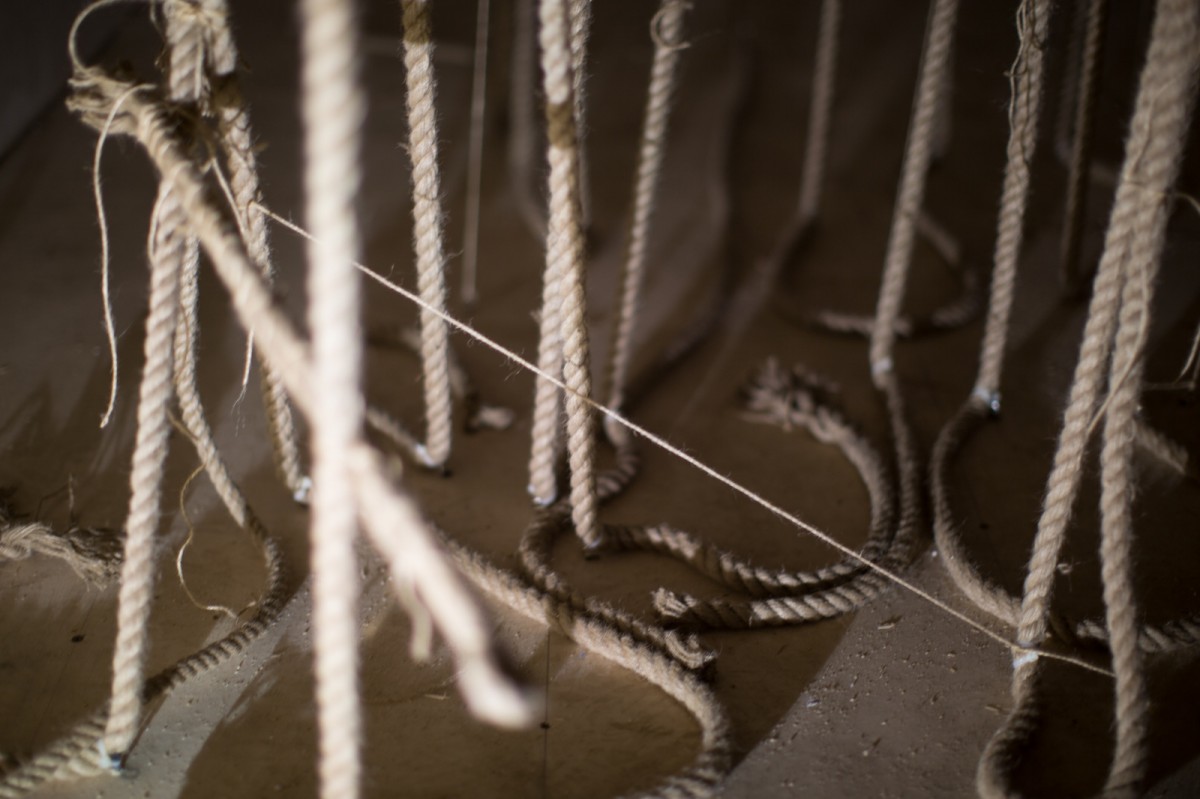 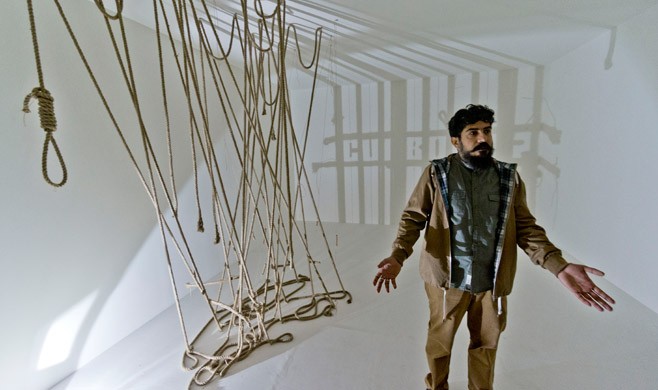 Rashad Alakbarov, who lives and works in Baku, is part of the generation of Azerbaijani artists who have gained recognition in recent years. For COSMOSCOW, Alakbarov produces a work that encompasses the entire booth, making it partially impenetrable to visitors. Called Cui Bono, the installation consists of ropes extending across the space to form a dense matrix. Lit from behind, the ropes form the message CUI BONO. A Latin phrase meaning ‘for whose benefit?’, Cui Bono represents a universal question about underlying motivations, in particular regarding conflict and war. The ropes that form the installation are hung limply, strung tightly and tied in nooses, suggesting the restraining, rescuing and murderous forms a rope can take on in a situation of conflict.

Developing a distinct visual language throughout his career, Alakbarov creates installations consisting of objects lit to throw shadow compositions with symbolic meaning onto a receiving wall. Asking questions in his work, Alakbarov draws on myriad languages and cultural symbols to form shadowy messages.

COSMOSCOW is the first and only contemporary art fair in Russia and the CIS, which aims to create dialogue between Russian and international contemporary artists in one of Moscow’s best known cultural venues. The art fair has been established in response to today's art scene in Moscow, and the growing interest in the capital as a destination for contemporary artists, collectors and art-lovers alike.

Invited exhibitors and selected partner organisations will present works from both emerging and established artists. An extensive parallel programme will encompass local and international institutions and curators, non-profit projects and talks. Cosmoscow will create synergies with the vibrancy of the emerging contemporary art scene in Moscow, as well as draw on the city’s great cultural history.

Cosmoscow was the brainchild of collector and patron, Margarita Pushkina, with its first edition in 2010. Having joined forces with former Head of Christie's Russia and CIS, Sandra Nedvetskaia, the fair sees its relaunch this September, in an important year for contemporary art in Russia.